Game of Thrones Season 7: Explain the key scene in episode 1 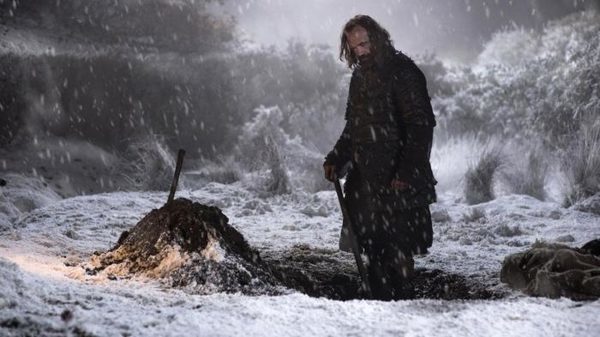 We return to the scene of the Limier in the episode 1 of the season 7 of Game of Thrones which has indeed an explanation!

Sometimes, in Game of Thrones, the most trivial scenes are actually the most important, because the series never skimp on the details. Game of Thrones’ Season 7 episode 1 was no exception, especially with the Sandor Clegane scene, which may seem a bit long and not too interesting when it hides many important things. While still with the Brotherhood without Banners, he became very reluctant to spend the night in a farm after the suggestion of Beric Dondarrion. And there is a reason! The most attentive of you surely noticed that we had already seen this place in the series and more precisely in episode 3 of season 4.

In this episode, Arya and the Limier found refuge on this farm where a man and his daughter lived. And, rather than accepting the farmer’s job offer, Sandor had struck him and stole his money. Arya was particularly angry at his actions and the response of the Limier had not arranged anything since he had told him that anyway they would die with the winter coming. Sandor Clegane finds himself facing his actions in the season premiere of season 7, since the dead bodies of the farmer and his daughter are on the farm. His decision to bury the bodies is proof that the Bloodhound has changed a lot since Season 4, not to mention that he even tried to pay homage to them by reciting the prayer that the farmer himself had given. The scene of the Limier takes on its full meaning when you remember the events of season 4 with Arya! While waiting for the rest, know that you can find