Game of Thrones season 7: Is Sansa the new Cersei? A new index confirms this! 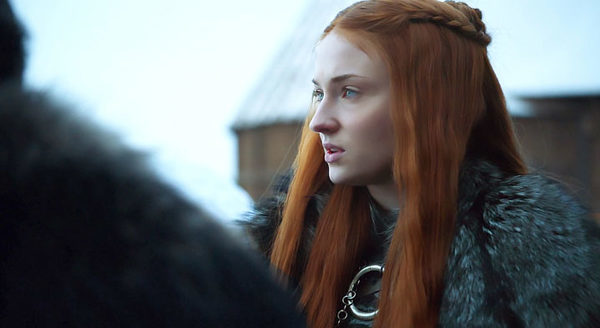 The Web has ignited since the release of the first episode of Game of Thrones’ season 7. Is Sansa Stark the new Cersei? You get a new clue!

The world has lost its lead since the Season Premiere season 7 outing of GOT Sunday on HBO and OCS simultaneously! After a year of endless waiting, our favorite characters are back, just like winter and white walkers! Now that the bases and intrigues have been laid in the first episode, we look forward to the War for the Iron Throne! Many characters died in the ruthless world of Game of Thrones and only the fiercest are still in the game. It would seem that the sweet and sensitive Stark would come dangerously close to Queen Cersei. A new index confirms this!

We were all surprised when Sansa allowed himself to contradict the decisions of Jon Snow, the new King of the North, in front of all his men. We were also wary of his rapprochement with Littlefinger. But have you noticed the Sansa hairstyle in the Season Premiere? This is exactly the same as Cersei, several seasons before! Would the young Stark have wished to pay tribute to the Queen, who taught him everything, as she told her half-brother during their conversation at Winterfell? Actress Sophie Turner (Sansa) had claimed that her character would become as cruel as Cersei in Season 7 of Game of Thrones. Wink or new clue? In any case, Sansa seems to be on his way. Vive the next episodes to witness this transformation!