Golden Globe – Casey Affleck winner attacked: His words for his sons and his ex 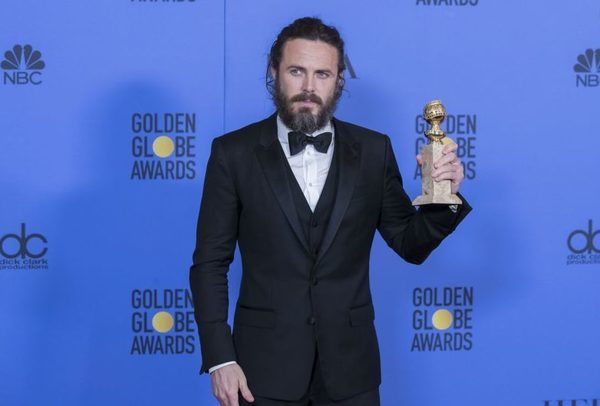 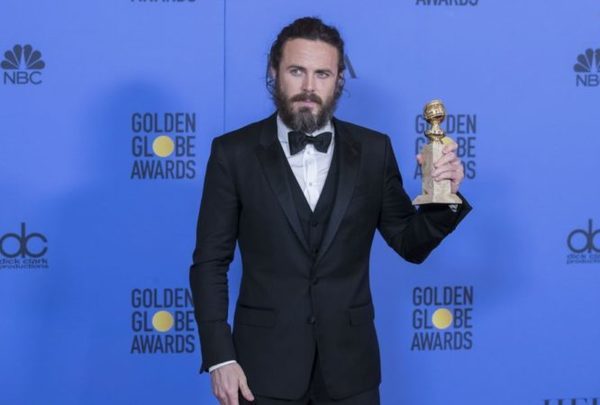 Nothing seems to resist him on the road to the Oscar for the best actor. At age 41, Casey Affleck string of awards for his performance in Manchester by the Sea , like his triumph at Golden Globes where he received the best actor award for a drama. Still, the little brother of Ben Affleck weighs a shade that recalls the actor to a dark chapter in his past life …
Sunday night in Los Angeles, Brie Larson (awarded last year to Room ) announces the name of Casey Affleck for Best Actor. If the latter, committed feminist, does not sketch a smile, it is probably because she knows that behind the award hides a scandal on which the light has not yet been made.
In 2010, Casey Affleck is accused of sexual harassment by Amanda White and Magdalena Gorka, respectively producer and director of photography of his first documentary-fiction, I’m Still Here . Casey Affleck has always denied everything and even hired to defend Marty Singer, the lawyer ” watchdog Hollywood “. ” People say what they want. And no matter sometimes what you answer them. I guess these people think as they speak to someone famous, they can afford to say anything about it. But they should not, because we all have a family and a life “, said Casey last October in Variety .
CHARGES STILL RUNNING
The image of Casey Affleck, described as manipulative when he was usually considered a shy and discreet actor, still on the sidelines in Hollywood – despite a fine network of loved ones in the industry – was violently chastised. Among the accusations against him were those of Amanda White who insisted that he had forced an assistant cameraman to strip himself on a plane despite his protests. She also reported that during a shoot in Costa Rica, she could not get to your room because Casey Affleck and the other star of the film, Joaquin Phoenix , had sex with two women on the other Side of the door. As for Magdalena Gorka, she left the film during production, describing the experience as ” the most traumatic of his career .” She had confided in particular have been ” shocked and disgusted ” to have found Casey Affleck, who smelled of alcohol, full nose, in bed, his arms around her in an apartment in New York.
WINK
On stage at the Beverly Hilton Hotel at the 74th Golden Globes, the actor refers to the accusations and rumors. In his speech, he especially thanked his two children, Indiana August (12 years) and Atticus (soon 9 years). ” These are my children lead me to not let go because they are strong enough to withstand the noise that sometimes affects famous people “, said he was in front of other Hollywood stars including his brother Ben. He also had words for Summer Phoenix , the sister of Joaquin Phoenix with whom he was married and he broke last year . ” To their mother, who gave me every good idea of game I’ve ever had, thank you. I love you ,” he blurted, excited.
TOLLED ON TWITTER
As sincere as it may be, his speech did not have any influence on the social networks and especially on Twitter where many messages of incomprehension circulated. ” That’s the least cruel as Brie Larson, a woman devoted to the cause of victims of sexual assault, has to give a reward to Casey Affleck ,” wrote a user whose particular message will be shared hundreds of times.
It remains to be seen whether this controversy will condemn, like the case of Nate Parker, the chances of Casey Affleck to obtain an Oscar. In January 2016, the young American director was even promised a shower of awards for upsetting Birth of a Nation . But last summer, the announcement of the suicide of a student he abused a few years earlier (he was however acquitted in 2011) jeopardizes his chances. Result: his film is not named anywhere or almost.