Gonorrhea : the bacteria are resistant to antibiotics 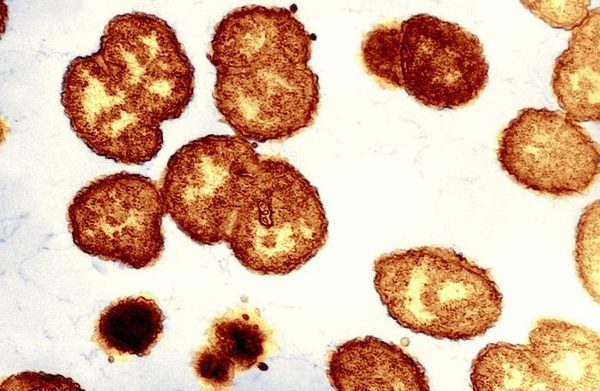 Called vulgarly the “hot-piss” or the ” chtouille “, gonorrhea is one of sexually transmitted infections (STIS) are the most widespread. But it is also one of the most difficult to treat.
The world Health Organization (WHO) is concerned about the increase of gonorrhoeae that are resistant to antibiotics. It sounds the alert on the occasion of the world congress on STIS and HIV, held from 9 to 12 July in Rio de Janeiro (Brazil).

“The bacteria responsible for gonorrhea is especially smart,” says Dr. Teodora Wi, Department of reproductive Health at the world Health Organization (WHO). Every time we use a new class of antibiotics to treat the infection, the bacteria evolves to resist it “.

Resistant to the antibiotic of last resort

According to estimates, about 78 million people contracteraient this infection each year in the world, of which 4.7 million in Europe. A very large number would be a carrier of a bacteria resistant to the former antibiotics. According to the data from 77 countries, almost all of these records a resistance to ciprofloxacin, azithromycin.
More worryingly, data collected between 2009 and 2014 indicate the development of resistance to drugs of last resort, the cephalosporins are broad-spectrum. This observation has prompted the WHO to change its recommendations for treatment in 2016.

But according to the WHO, the progression of antibiotic resistance might be even more important than expected, because the cases are mostly reported in high-income countries. They “represent only the tip of the iceberg because the systems to diagnose and report the infection to be incurable are lacking in low-income countries where gonorrhea is actually more common,” says Dr. Wi.