Gray’s Anatomy Season 14: Will Eliza Minnick have the same plot as Penny Blake? 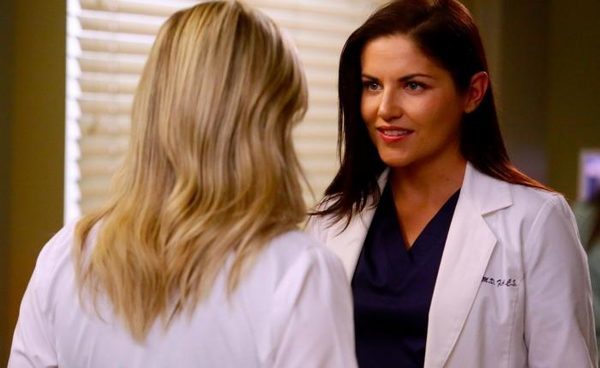 The unpopular Eliza Minnick could end up being appreciated in season 14 of Gray’s Anatomy?

We keep wondering about our favorite medical drama in the meantime, and after we wondered if Megan was going to join the Gray Sloan Memorial Hospital in Gray’s Anatomy season, it’s now Eliza Minnick that we’re going to talk about. Arizona Robbins’ girlfriend did not really win the hearts of the other doctors in season 13 and even less that of Bailey who sent her back in the last episode. But can Eliza benefit from a redemption in the next episodes? It’s not impossible … For Minnick is not the first to face a frosty reception from Seattle doctors.

In season 12 of Gray’s Anatomy, Penny Blake struggled to be part of the team as she was in charge of Derek Shepherd just after his accident. But little by little, the screenwriters managed to show it to us in a new light and make her a pleasant, almost endearing character. Her relationship with Callie and Meredith’s forgiveness ended up integrating her into the show before she left the series. Eliza is therefore not immune to a radical change of intrigue in the sequel or even a heroic act that could redeem her mistakes in the fire that nearly cost Stephanie’s life. After all, and since she made her debut recently in the series, it would be a shame to get rid of Eliza so soon, especially because of her relationship with Arizona.

It is clear that if his plot continues on the same path, Minnick is unlikely to stay since the viewers are more or less as attached to her as the rest of the Gray Sloan Memorial Hospital. Getting to reverse the situation and make it a more endearing character would be a nice challenge for the screenwriters and would allow them to surprise us in the future, especially since we know that everything remains possible as we saw with Penny . While waiting to know if Eliza could become more engaging in the following, you can vote every day HERE and on Facebook for Gray’s Anatomy in our 2017 World Cup.