Grey’s Anatomy and Once Upon A Time: Why did they lose? 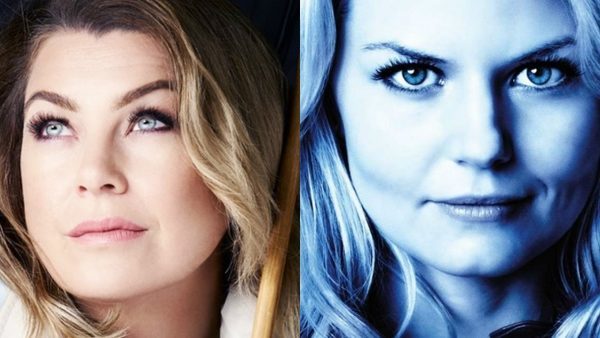 The Grey’s Anatomy and Once Upon A Time shows stop at the doors of the 2017 World Cup Final. But why did they lose?

We finally know the two finalists of the 2017 World Cup! The semi-finals were very tough for the four shows that were still in contention. They were The Vampire Diaries and 13 Reasons Why who qualified for the final and one of them won the title of “Best Series of the Year”. If the fans of Salvatore and Hannah Baker are obviously delighted, it is a blow for those of Meredith Gray and Emma Swan. Shonda Rhimes’ medical show and ABC’s most magical series have fought well throughout the competition and it is already honorable to have reached the semifinals. Unfortunately, all their efforts have failed to lead them to victory. Once Upon A Time, who had won the first two editions of the tournament, sees his dreams of a third victory soaring. As for Gray’s Anatomy, once again, the series can not reach the final. But why did Meredith Gray and Emma Swan lose to the Salvatore and Hannah Baker?

The competition was not easy for Gray’s Anatomy this year. We were wondering if the series could really win after a disappointing season. Season 13 was actually half-tone and did a lot of harm to the medical series during this tournament. Characters or forgotten love stories, sloppy intrigues, the show of Shonda Rhimes did not show his best episodes. At each stage, Gray’s Anatomy has qualified for a hair. Faced with the ultra motivated fans of The Vampire Diaries for the ultimate participation of the vampiric series at the Series World Cup, Meredith Gray did not have the arguments necessary to make the weight against the Salvatore. Once Upon A Time was better off than last year. However, the fantastic show also did not show its best season. The episodes are very uneven and do not manage to captivate the fans as much as before. In 2016, the series had already greatly disappointed but this year the Oncers had sworn to take revenge and to take Emma Swan in the final. The problem ? His opponent, 13 Reasons Why, was formidable. If Once Upon A Time was able to do well in a series with less visibility, the show Netflix had a lot of qualities. 13 Reasons Why is creative, bold, overwhelming and captivating as the magic series has chosen ease. It was obvious she could not double the hit series of the year. However, maybe as soon as Gray’s Anatomy and Once Upon A Time come back, they’ll be able to win the next season and win the next World Series.