Grey’s Anatomy: Can the series win despite a disappointing season? 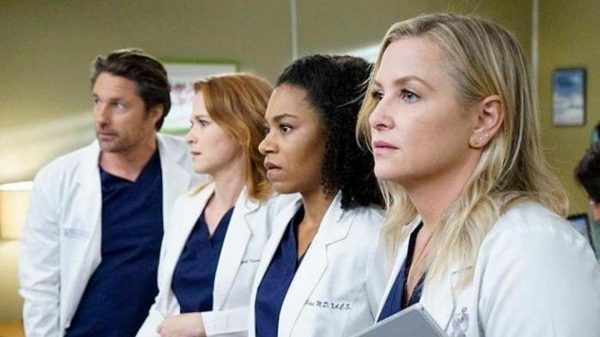 As the semifinals of the Series World Cup conclude this Sunday, we offer you a small focus on Gray’s Anatomy, one of the four series still in contention for the title!

It does not laugh anymore! There are now only four series in contention to win the title of best series of the season 2016-2017 and to say that they all deserve their way to win the competition. Please note that you can still vote for the ones you support by visiting the voting platform here, or on Facebook and Snapchat social networks. While earlier in the day you were presented with the strengths and weaknesses of Gray’s Anatomy, it is now time to make a small point about the season that has passed since it is on this one that We base ourselves for the competition.

Unlike all of its competitors, Gray’s Anatomy has the honor to be the series with the longest longevity as it will broadcast its fourteenth season in the autumn. A remarkable feat, all the more so as we know that the series is always of a very good quality. However, so-called long series also means risk of repetitive or unusual intrigues and this is what happened during Gray’s Anatomy season 13. If season 12 proved that Shonda Rhimes knew perfectly level when Patrick Dempsey left, the storylines ran out of steam and scattered during season 13.

Between the stories of couples who have not seen the end – Owelia, Japril and Jolex – the war that raged between Minnick and the incumbents, and the intrigue of Alex who did not fly, Acknowledge that they have been disappointed by this season, especially when compared to previous seasons. Fortunately, Gray’s Anatomy remains a quality show and not everything to throw in season 13. We think of the episode in Montana with Japril, the one with Meredith and Nathan in the plane or the last two episodes Of the season that are epic. It happens sometimes to the series to disappoint us, and it is not the first time for Gray’s Anatomy and it is not that we cease to appreciate it and we will be faithful to the post for season 14!