Grey’s Anatomy vs. The Vampire Diaries: Can the Salvatore deprive Meredith of the final? 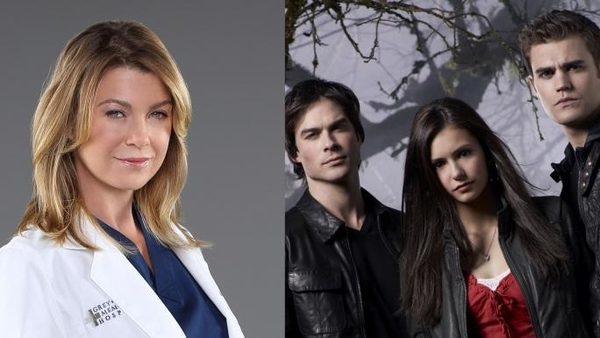 Grey’s Anatomy finds himself facing The Vampire Diaries in the semifinals of the 2017 World Cup! Can the Salvatore stop Meredith?

It is now time for the semifinals! The Vampire Diaries, Gray’s Anatomy, 13 Reasons Why and Once Upon A Time qualified for the penultimate stage of this competition. In the first game, it’s the Gray Sloan Memorial Hospital doctors who confront the vampires of Mystic Falls! Pretty Little Liars and then Teen Wolf have given Gray’s Anatomy a hard time but the presence of the Shonda Rhimes medical show at this stage of the tournament is not a big surprise. The ABC show is among the regulars and especially the giants of the World Cup Series. If last year she had been stopped by Arrow in the quarter-finals, Gray’s Anatomy got her revenge on reaching the semi-finals. Fans of Meredith Gray are sure to take him to the final! However, it will not be that easy as she will now face another teen show, The Vampire Diaries. The Salvatore make a very good performance during this competition and the supporters are more determined than ever to win them because this is the last participation of the vampires in this tournament. So, can The Vampire Diaries bring down Gray’s Anatomy?

Last week, you were told that The Walking Dead was in trouble with The Vampire Diaries and that the AMC series could pay for its bad season. That’s exactly what happened! The Salvatore were able to create the feat by winning against one of the big favorites, Rick Grimes, who had yet reached the final in 2016. So do not underestimate the vampires of Mystic Falls who could well Again bring down another giant of the competition, Gray’s Anatomy. The medical series did not offer us its best season this year and it could be fatal. The Salvatore have a huge fanbase that has already managed to take them to the semi-finals. In addition, The Vampire Diaries had less trouble winning over the tournament stages than Gray’s Anatomy who was worried by Arrow, Pretty Little Liars and then Teen Wolf. Faced with the Salvatore, Meredith might not get away as well. The Vampire Diaries wants its victory for its last participation and it is not doctors who will scare the inhabitants of Mystic Falls. But nothing is yet played, it is your votes that will take your favorite series in the final!