Hemophilia A : two new treatments will radically improve the lives of patients 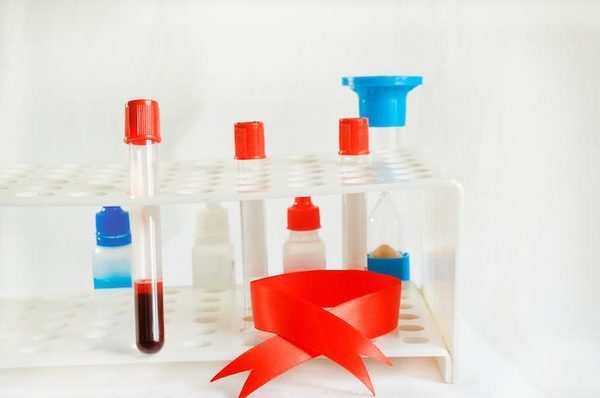 Two new drugs significantly reduce the bleeding due to Factor VIII deficiency, and will improve the lives of hemophilia type A. They were presented to the american congress of hematology, the ASH 2017.
One relates to a bispecific antibody, tested by the subcutaneous route on 60 children with hemophilia A, which mimics the role of Factor VIII, the clotting factor missing, and it reduces the bleeding drastically. The other relates to gene therapy in a preliminary study in 13 adults, but that leaves hope for a cure long-term patients who will benefit from it

The émicizumab replaces the factor VIII

In a controlled trial of phase III in a child, the émicizumab improves 95% of children with hemophilia who no longer have any episode of bleeding requiring replacement therapy with Factor VIII. The researchers treated 60 children aged 1 to 12 years who had a Factor VIII inhibitor, which would not be effectively treated with infusions of replacement Factor VIII.
This shows that the émicizumab, a monoclonal antibody, bispecific anti-factor Xa and X, which plays a role as a cofactor for factor Vlll, is effective to prevent the bleeding associated with hemophilia A, the most common form and the most complex to treat hemophilia. These benefits are not accompanied by serious adverse events related to the émicizumab.

The émicizumab works such as Factor VIII, thereby allowing the blood to clot, but it has a different structure, which makes it unrecognizable to the antibodies anti-Factor VIII.
In fact, in some patients, the infusions of Factor VIII to repeat cause the body and its immune system to develop antibodies that bind to Factor VIII replacement given by the infusion and make it ineffective.
Previous studies on the émicizumab, conducted among adults and adolescents, had raised concerns about the safety of the product due to bleeding in a few patients during the administration of the drug. This was not observed in this trial in children, probably because children of this test are less frequently used Factor VIII because they were less often of infusion of Factor VIII than adults.

A gene therapy in the adult

In a 2nd study on hemophilia A, but in the adult this time, a single infusion of a gene therapy experimental) allows to obtain levels of improved Factor VIII, the protein of the coagulation of the blood, which is no longer manufactured in hemophilia A due to the gene alteration. Eleven adults out of 13 obtrenu levels to normal or near normal Factor VIII and up to 19 months of follow-up.
The gene therapy uses a viral vector to transfer into the body of the patient a functional copy of the gene responsible for the production of Factor VIII, the gene that is mutated in individuals with hemophilia A and, therefore, defective.
This is the first trial of gene therapy succeeded in hemophilia A. Although many gene therapies have proven effective in hemophilia B, a rarer form, gene therapy for hemophilia A is considered more difficult because it is associated with a gene to be much larger and complex. In contrast to the multiple intravenous infusions per week of treatment-as-usual, this gene therapy seems to have long-lasting effects with a single infusion.

Of serious bleeding and repeat

Hemophilia affects in France nearly 5,000 people, half of which in its major form. There are 2 forms, depending on the pathogenic gene and the protein of the coagulation missing. Because of this missing protein, the blood of a person with hemophilia does not clot normally. People with hemophilia A produce extremely low rates of Factor VIII, a protein essential to the clotting of the blood.
Without treatment, patients may suffer from severe bleeding, several times a month, especially in the joints, causing significant pain, with a risk of joint disease secondary : arthropathy hémophilique. The available treatment to prevent bleeding is to administer frequent intravenous infusions of Factor VIII.

Before these treatments, we had no methods other than transfusions of Factor VIII to prevent joint bleeds in hemophilia A. The risk of transmitting infections in the past and it is always to develop antibodies to Factor VIII which reduce the effectiveness of currently.
The émicizumab has demonstrated a very high level of effectiveness in the prevention of bleeding events that will change the lives of children. Gene therapy of hemophilia A represents a scientific breakthrough with a hope of permanent cure of this disease.