Hemophilia : an antibody reduced bleeding by 87 % 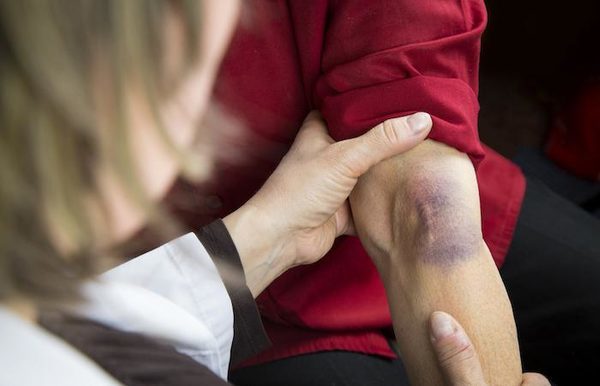 Women who carry the mutation can, rarely, present an attenuated form.

The genetic illness affects one birth male about 5 000.

In one in three cases, no family history is identified.

Hemophilia A is the most common form. It is defined by a deficiency in clotting factor VIII.

When the bleeding become endless, hemophilia is a real handicap for those who suffer from it. Treatments can limit the scale. But they regularly default to patients. Their body builds up a resistance over time. This era may be over.

A new treatment, tested with 109 children with hemophilia A, can reduce the number of hemorrhages. The results of the phase III clinical trial on the emicizumab are published on 10 July in the New England Journal of Medicine.

As a substitute for the factor

Hemophilia A is a genetic disease caused by a mutation on the gene encoding the clotting factor VIII. Currently, preventive treatment consists of injecting several times per week and intravenous, this missing factor. The approach reduces the risk of bleeding over a short period of time.

But the repetition of these injections causes, in 5% to 15% of the cases, a reaction of the immune system. It develops antibody inhibitors, which reduce the effectiveness of the treatment. It only remains that the use of agents bypass, which allow to overcome this defense. A partial solution.

“The usual medications can bypass the need for factor VIII, but they don’t work as well,” says Guy Young, the main author of this study. The bleeding is hard to stop, last longer and leave more scars. “

The emicizumab, tested by children’s hospital Los Angeles (United States), provides a double solution to this problem. This monoclonal antibody plays exactly the role of the factor VIII deficient : injected once per week subcutaneously, it binds to coagulation factors IX and X. In theory, patients with hemophilia should suffer less bleeding.