HIV : soon to be a weekly treatment to improve adherence 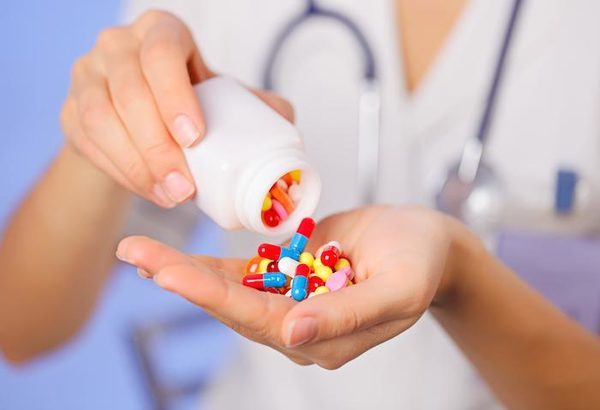 The treatment of HIV infection requires taking a combination of drugs one or two times per day during the entire life, which makes treatment adherence difficult, and above all, which alters the effectiveness. However, up to 30% of people living with HIV do not comply with their treatment.
Researchers at the Massachusetts Institute of Technology (MIT) and Brigham and Women’s Hospital, Boston, USA, have developed a pill that should be taken only once per week. They have reported the details of their new capsule weekly in the journal Nature Communications.

A polymer that remains in the stomach

The researchers decided to rely on a capsule ingestible polymer, which can remain in the stomach for two weeks, and to administer a combination of drugs.
Some of the design changes of the capsule were necessary to make it effective for the treatment of HIV. The capsule of the original consisted of six arms made from a single polymer. Each arm is responsible for medicines and folded. After ingestion, the arms unfold, and release the drugs. However, for the treatment of HIV, the capsule would have to be able to release different drugs at different rates – what the original design does not allow. So the team adapted the design. The main structure of the new capsule is always built from a single base polymer, but each of the six arms may contain a different medication, with the addition of the “release polymer” different.

A pill in a capsule

In a certain way, it is like ” putting a pill in a capsule “. There are rooms for each day of the week on a single capsule. Once all the medicines are released, the capsule disintegrates, allowing him to descend into the intestine.
To test whether the capsule is newly designed, could be effective against HIV, the researchers were tasked with three antiretroviral drugs different – the dolutégravir, the rilpivirine and the cabotégravir – which are currently used both to prevent and treat HIV.
Testing the capsule in charge of medicines on pigs, the researchers found that the capsule was put to work with success in the stomachs of animals, and that they have gradually released each of the three drugs over a period of a week.

Of course, the capsule must be tested in humans before it can be used for the prevention and treatment of HIV, but the researchers think that the results of their study are promising. They suggest that the pill could increase by 20 % the efficiency of the preventive treatment against HIV.