Hygiene in the hospital : the washing of the hands is not sufficient against bacteria 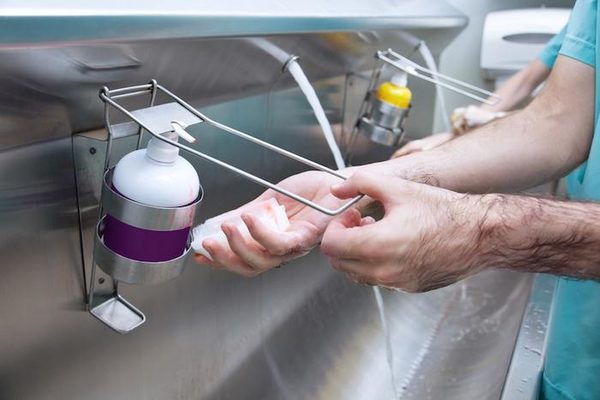 Infections caused by golden staph resistant to methicillin (MRSA) would be responsible for 2 000 to 3 000 deaths per year in France, according to a study by the Institut de veille sanitaire (InVS). The bacterium is a major cause of hospital-acquired infections.

To limit its spread in hospitals, hygiene protocols have been identified. In particular, those concerning the washing of hands. But, even with a perfect hygiene, the bacteria can be transmitted from one patient to another, according to a study conducted at Drexel university (Philadelphia, Usa), and published in the journal Infection Control & Hospital Epidemiology.

A transmission for 100 contacts

Researchers have studied the transmission in a population that is particularly fragile : the new-born intensive care units. And the results are not reassuring : even when the nursing staff scrupulously comply with the instructions of washing hands, the risk of transmission of MRSA from one baby to the other is reduced by 86 %.

“For the populations of babies in the intensive care units, the MRSA is particularly important, because one-third of those who come in contact with the bacteria develop a severe infection,” says Neal Goldstein, epidemiologist, infectious disease specialist and lead author of the study.

According to the simulations carried out by the team of researchers, approximately 1 contact 100 between a baby and a worker-hospital causes the transmission of MRSA. However, neonates admitted in intensive care remain there on average for 9 days, which represents on average 250 contacts, and therefore many risks.