Indonesia : the deadly epidemic of measles in Papua 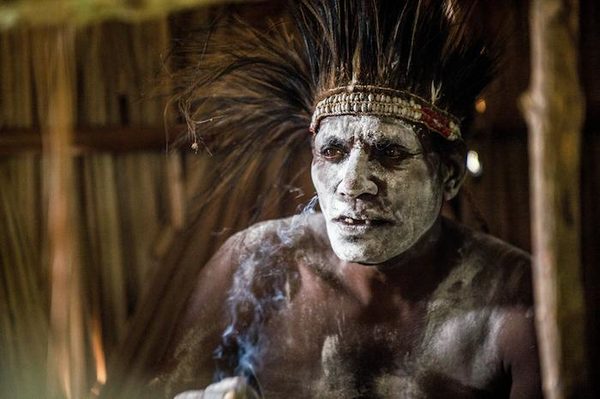 An epidemic of rampant measles, which led to the death of a hundred children in Papua, in eastern Indonesia, the risk of repetition, if the authorities do not act quickly to take out this province of poverty and isolation, according to experts.
Many poor villages in the district of Asmat are very remote, such as the village of Ayam, with its houses on stilts. A simple house without modern facilities, there are office and clinic nurses who are providing care are overwhelmed, have found AFP reporters who have been able to access.
About 800 children have fallen ill and hundreds have died, mostly babies, in the wake of this epidemic made public at the beginning of the month of January.

Late response of the authorities

In the Face of the gravity of the situation, the indonesian president, used for joko Widodo, has ordered the military teams and medical supplies essential goods and medicines to the isolated villages of the region, accessible only by boat or by air for the most part.
The health crisis that strikes the Asmat, this province is rich in natural resources, is due to decades of neglect on the part of local authorities, little conscious of the development of the infrastructure, the corruption of the instances of this distant province, and of the poverty that exist.
Many papuans are living in conditions of semi-nomadism, in places of the jungle are difficult to reach and virtually no medical care or schools or other basic services, such as access to safe drinking water.,

The weight of history

Irian Jaya, the western part of Papua was annexed by Indonesia in 1969, after a bloody conflict, and after more than a century of colonization the Dutch. In this province, the region of the Asmats has long remained very isolated due to the geography and the ritualistic cannibalism, which was still practiced until recently.
The opening of one of the largest mine of copper and gold open pit in the world has changed the outlook for the Papuan Asmat. The authorities have created new districts and are trying to relocate a number of Papuans in the villages. But these changes force people to adapt to a new lifestyle and a diet that is harmful. The contact with other populations has also proved devastating. The Asmats reject in general the vaccination, a vaccine, yet effective.

The Asmat region is poor and has, in theory, financial aid, important for the central government, but most of the money is not used for the improvement of health services and education.
The mine, operated by the american company Freeport-McMoRan reported each year, $ 600 million (482 million euros) in tax revenues but this money does not go to Asmat, as noted by Andreas Harsono, of the NGO Human Rights Watch (HRW).

Measles is an infectious disease of viral origin and is highly contagious, It is related to a “paramyxovirus,” and gives the buttons red. It is transmitted mainly by the airborne route, for example when a sick person who is contagious coughs. But the early signs of measles (fever, red eyes, cough, and abdominal pain), that is to say before the appearance of the buttons, are a little suggestive, which may explain that a person infected infects 15 to 20 others, according to experts.
Measles may be complicated, especially in infants or in persons with fragile, and lead to a hospitalization. It is primarily a pneumonia with superinfection by bacteria. It is a serious infection of the lung that can lead the patient in the icu. Then, it is a risk of viral infection of the brain (” encephalitis “). These complications can lead to death, and give of pulmonary sequelae and neurological life.

“I hope that this crisis will help some people here, at least those who are in power, to change his attitude, because if they choose to do as usual, another crisis will occur also next year,” warned Andreas Harsono, a representative of Human Rights Watch (HRW).