Influenza : the risk of heart attack is greatly increased by the infection 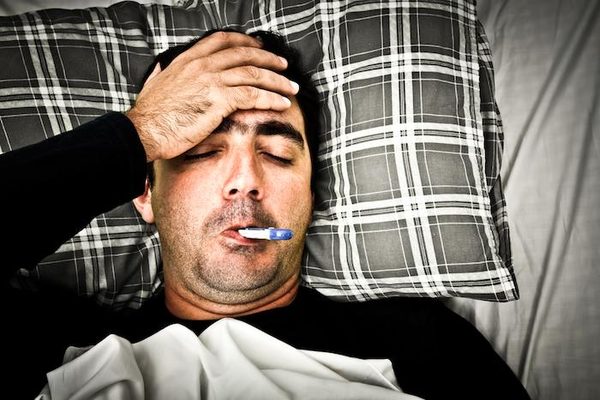 “Our findings are important because an association between influenza and acute myocardial infarction reinforces the importance of the vaccination in people at cardiovascular risk,” says Dr. Jeff Kwong, principal author of a recent study on the subject.
The coronary heart diseases remain the first cause of death in the world. The fact that influenza infection might trigger myocardial infarction, and a death is suspected since the 1930’s, when an association between seasonal influenza and cardiovascular mortality was first observed. But, so far, the studies suffer from many biases, in particular on the diagnosis of influenza, and did not establish a cause and effect relationship.

A study of reference

In the study, published today in the New England Journal of Medicine, which has covered almost 20 000 diagnosis virological, researchers have found a significant association between acute respiratory infections related to influenza viruses and acute myocardial infarction. The final results have concerned a series of 364 admissions for myocardial infarction occurring after a biological analysis proved to be influenza.
The risk is maximum during the first 7 days after diagnosis, virological, where it is multiplied by 6, and disappears then. When we analyse time intervals that are more narrow, the risk is multiplied by the 6.3 from the first to the 3rd day and it is multiplied by 5,78 from the 4th to the 7th day.
The risk may be higher (difference non-significant) in people aged over 65 years, patients with infection by the influenza virus B, rather than the A, and those for whom it is the first heart attack. Due to the low number of patients infected by the H1N1 virus, researchers have not been able to establish the difference in risk depending on the type of influenza virus.
The vaccination does not appear as having an influence on the risk of myocardial in this study, but the study was not organized to evaluate it and it does not question the recommendations of vaccination in this high-risk population.
The researchers also found a high risk – less than that for the influenza – infections with other respiratory viruses.

An increase of the inflammation

The cause of the link between influenza has not been investigated in this study, but in other previously published. In a context of atherosclerosis generalized, that is to say, the extensive lesions of the internal wall of the arteries (atherosclerotic plaques), influenza infection leads to an inflammatory state that enhances the ability of platelets circulating in the blood to coagulate to form a clot on a plaque that normally does not give anything.
In addition, the infection increases the fever and the consumption of oxygen of the heart, and therefore needs oxygenated blood, which a rapid heart rate (tachycardia) that could décompenser suddenly a precarious situation. Inflammation also disrupts the functioning of the arteries and inner lining, the endothelium.

These results, based on a diagnosis virological and flu proven, are in line with the results of previous studies. The risks are a bit higher, which may be due to the fact that the other studies do not differentiate between influenza and other respiratory viral infections (where the risk is lower). “Our results, together with previous studies showing that the influenza vaccination reduces cardiovascular events and mortality, and support international guidelines, which recommend vaccination against influenza for people at high risk of heart attack,” says Dr. Kwong.
The people at cardiovascular risk should also take precautions to prevent respiratory infections, and particularly influenza, through barriers such as immunization, associated with the hand-washing your hands regularly.

The researchers add that patients should not procrastinate in case of cardiac symptoms, in particular, in the first week of an acute respiratory infection. A medical consultation is imperative and urgent.