Kendall Jenner sexy and tattooed on the cover of V Magazine, Good weekend to all! 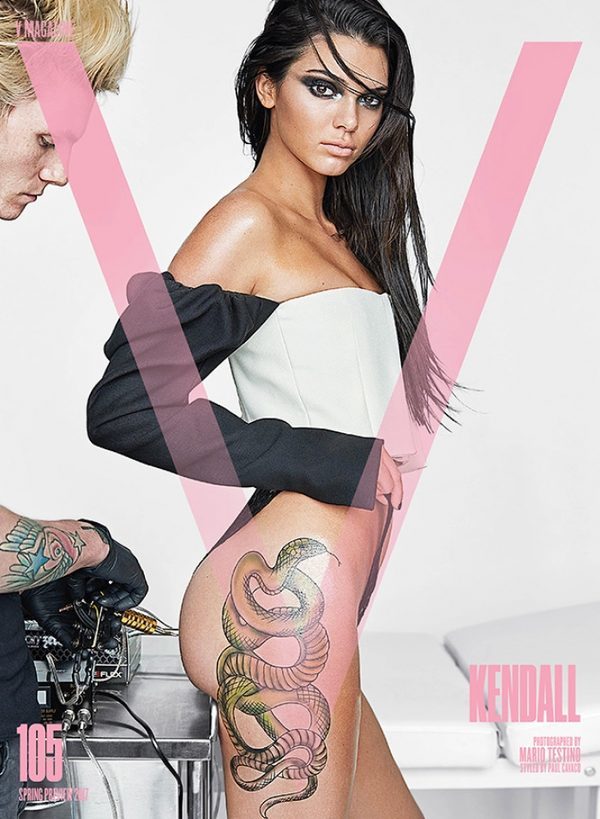 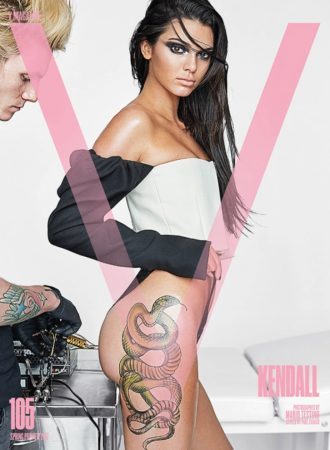 In this peak of cold that crosses France, here is a good way to warm the hearts. Tattooed, Kendall Jenner takes the pose more sexy than ever on the cover of V Magazine.
You could not better start this year 2017. And you could not ask for more to warm your hearts in this cold peak on France … If the thermometer shows indeed negative temperatures, know that Kendall Jenner appears sizzling to perfection on the cover the January issue of V Magazine . After scoring on his perfect figure the advent calendar of LOVE Magazine last December, the little half-sister of Kim Kardashian once again raises very little dressed for the camera of the famous photographer Mario Testino fashion and invites us to Discover his imposing ephemeral snake tattoo on the top of his right thigh.
Kendall Jenner, Kylie Jenner, Mario Testino, Jenai Chin, Kendall Jenner, V Magazine, sexy, buttocks, tattoos, snake, art, photos, cover
Kendall Jenner unveils an imposing ephemeral tattoo

String raised to hide nothing from this ephemeral work realized by Jenai Chin, bare shoulders and intense glance, the eldest Jenner sisters reveals to us his rebellious side. A personality trait that Kendall Jenner, Calvin Klein muse , never really hidden notably by being pierce the nipple. Other covers of the magazine for the month of January, all as sexy as that of Kendall Jenner , depict other models such as Joan Smalls or Ellen Rosa and aim to illustrate the ” eternal side tattoo in an industry [of fashion] that constantly changes “, explains the website of the E! Entertainment.