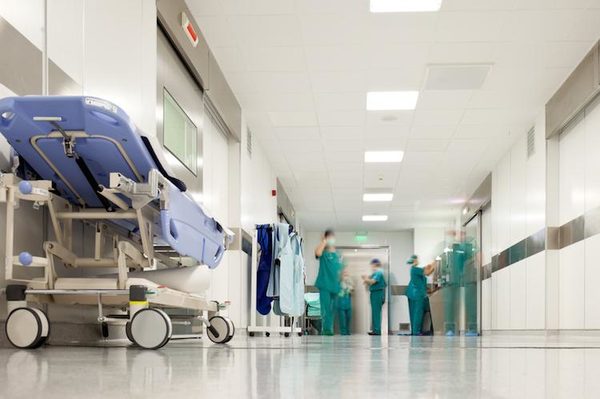 In Marseille, the shortage of staff in hospital settings continues to be a problem and yet, on Wednesday, the inter-ministerial Committee of the performance and the modernisation of the offer of hospital care (Copermo) should decide on the potential implementation of the project of modernization of the public assistance the public hospital of Marseille, in debt of more than € 1 billion. This plan, estimated at 300 million euros, includes the closure of more than 230 beds and the removal of 800 to 1,000 jobs, including 300 to 400 caregivers (doctors, nurses and auxiliaries).

The unions say the cuts in the payroll : “it is unacceptable so that some services do not have enough personal to operate normally ( … ), and We are very worried because we announced a month ago that there would be 800 to 1,000 job cuts over the whole of the APHM, then we need 500 posts more,” explains Fatiha Ferkous, a registered nurse and delegated the CGT, quoted by France Info. “Sometimes, in some services, we found only one nurse for 20 to 25 patients”.

The implosion of the public hospitals

This shortage of staff is experienced by many institutions led to a deterioration of the working conditions of caregivers and the quality of care. On Twitter the #BalanceTonHosto recency of dozens of testimonies from doctors, nurses, and aid workers denouncing the degradation of the management of patients, as well as their lack of means and material. “Delivery of 3 patients achieved without the epidural because the only anesthesiologist guard was unreachable, and when he finally showed up he smelled of alcohol at 20meters… We preferred to do without”, denounces a house in fourth year of medicine. “Patient died 1 hour earlier and then asked the family to rid the room after explaining that he must return to the room,” laments under a pseudonym, another hospital staff.

Emergency mess, no or little personal treat, a succession of dramas, personal under pressure, exhausted, the hospital French, it imploded from the inside. “If it is necessary to make economies, to make savings of the organization rather than reducing the number of personnel devoted to the care and support of patients”, protested on France Info Michel Tsimaratos, professor of pediatrics at the CHU of Marseille and is a signatory of the petition. “There is a real difficulty of operation and suffering considerable agents. When you know the missions that fill the hospitals, we must keep in mind that the richness of the hospitals are resources, much more so than structures : the quality of training of agents, their skills, their commitment”. A thousand doctors and managers of health have co-signed a petition denouncing the system of funding of public hospitals. Rather discreet on the subject, the minister of Health Agnès Buzin has recently stated that “announcements will be made in February”.