Lactalis : a second baby infected with salmonella diagnosed in Spain 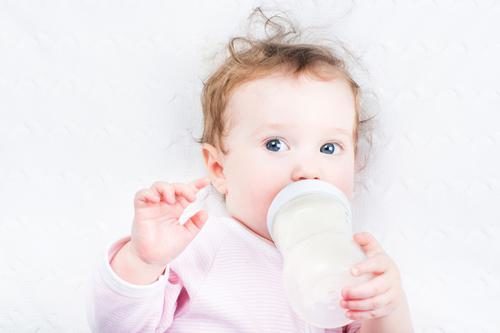 “A second case of a baby affected by infection with salmonella Agona”, was diagnosed at the Hospital Basurto in Bilbao, indicates this Saturday, the Health department of the basque regional government. Sick after consuming milk formula produced by the French group Lactalis,” the baby is not hospitalized but ‘under control and medical monitoring”.

On 12 January, the first baby had been diagnosed in the Spanish basque country and Lactalis had announced the withdrawal throughout the country, 37 food products potentially contaminated. This withdrawal was a response to the one performed in December, all products manufactured on or after February 15, 2017 in the factory of Craon in Mayenne. Approximately 550, 000 products in France and 12 million boxes around the world.

The same bacterium has wandered into the factory for 12 years

Lactalis “can not exclude the possibility that babies may have consumed contaminated milk” between 2005 and 2017, has recognized that the Echos, the CEO of Lactalis, Emmanuel Besnier. At the time, the salmonella Agona was already “contained in the infrastructure of the tower number 1” of the plant. The bacterium was already present in the premises that belonged to the company Celia, before they can be redeemed the following year by Lactalis. Twelve years so that the same bacteria that lives on in the precincts of the factory where were manufactured products food for babies. This information engages the public to question : how many babies have been contaminated by salmonella Agona for the past twelve years without anyone noticing, or does the reports ?

The Pasteur Institute has identified 25 cases of “sporadic” salmonellosis associated with milk Lactalis between 2006 and 2016. “We first proved that the same salmonella agona was implicated in two outbreaks of salmonellosis, 2005 and 2017. And we wondered where had been able to reside the strain during the twelve years between-time,” said François-Xavier Weill, bacteriologist and director of the national reference Center for salmonella at the Pasteur, as quoted by The New Republic. According to him, “the only hypothesis possible scientifically, is that it (be) remained in the factory in question”. And to add : “It is extremely difficult to find if this is the case. But the DNA speaks very clearly, and it directs to this plant.”

For Quentin Guillemain, president of the Association of families of victims of the milk contaminated with salmonella (AFVLCS), it is obvious that the more than 25 babies have been contaminated : “the strain of salmonella agona was identified in the test only if the laboratory that performs it is referenced by the Institut Pasteur and only 1.200 are in France. Not to mention the children who were not diagnosed despite symptoms convergent”.