Letizia and Felipe VI of Spain: Happy crowd in the central market of Valencia 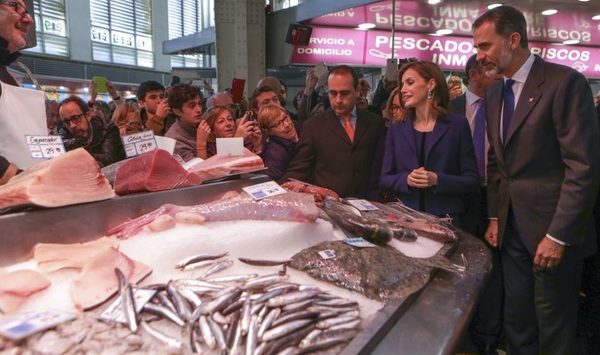 The royal couple had little time to go shopping with stalls filled with fresh fish, saw the crowd! 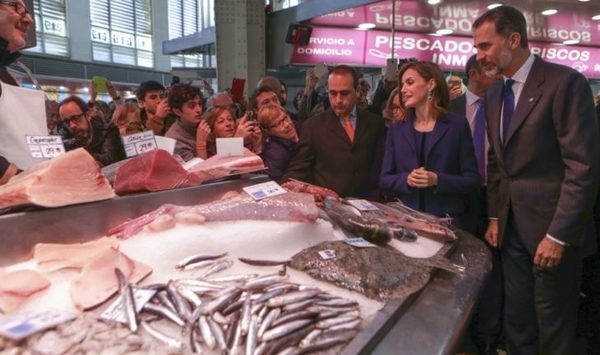 As a foretaste of the period of the holiday season, the official agenda of the Queen Letizia of Spain is not overloaded at the moment. What makes each of his public appearances event, as during this week of travel of the royal couple in Valencia.
If this is not his wife that the King Felipe VI of Spain went yesterday in Burgos, in the north of the country for a marathon day (last tour of the new factory cry of giant Campofrio Food, Fitness price contractors, 125th anniversary of the local newspaper), it is with her that he was going Thursday, November 24, 2016 awarded the third Spanish city in prices, with 100 000 each, in favor of research and scientific progress. The XXVIII edition crowned six winners – Francisco Martínez Mojica (basic research), Albert Marcet Torrens (economy), Elías Campo Guerri (medical research), Miguel Bastos Araújo (environmental protection), Hermenegildo García Gómez (new technologies) Alberto Gutierrez Garrido (entrepreneur) – to which the sovereign addressed, in Spanish and valencian, congratulations. ” It’s time to give a new impulse to place the research, development, innovation and entrepreneurial capacity among the main priorities of our country ,” said he called his wishes in his speech at the Lodge of merchants (Lonja de los Mercaderes), symbol of the old ancestral power of Valencia.
Thereafter, the royal couple, making double blow has dawdled in the aisles of the central market which faces the imposing building, the centenary of its existence – an event for which it assumes the honorary presidency. The mayor of the city and president of the merchants association accompanied the king Felipe and Queen Letizia in this popular promenade, over their stops before the fruit and vegetable stands, fish or meat, before signing Golden Book. Naturally, the guests of honor could not possibly meet the 300 dealers spread over nearly 8 square kilometers in a typical building of Catalan modernism. But their passage in this place of life and exchange so dear to the Valencians met with great success, as evidenced by a video posted by the Royal House.