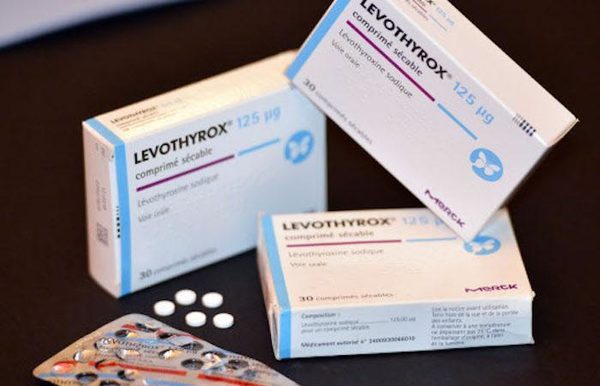 Since the change, at the end of march, the formula of Levothyrox by Merck (at the request of the MAN), 17 310 patients have reported side effects painful or unbearable, on the 2.3 million who take the new formula.
To memory, this format change only relates to the ” excipients “, the products are inert tablet, and aimed to respond to a request for the Drug Agency who wanted to ensure the stability of the drug. The MSNA published the point of survey on the period from late march to September 15, 2017 were published on 10 October 2017. Other studies, toxicology in particular, are in progress. The MAN does not explain the frequency of complaints.

A national survey of pharmacovigilance was initiated by the MSNA during the provision of the new formula Levothyrox in march 2017, in order to analyze the reports of adverse effects reported. The first results of this survey covering the period from the end of march to the 15th September 2017 were published on 10 October 2017.
The continuation of the investigation carried out over the period from 15 September to 30 November 2017 on the basis of the cases recorded in the national pharmacovigilance (BNPV) confirms that the adverse effects reported with the Levothyrox new formula are similar in type and severity to those of the Levothyrox old formula.

Over the period from 15 September to 30 November 2017, 12 248 cases of adverse effects have been recorded in the national pharmacovigilance (BNPV). They have been analyzed, in addition to 5 062 case already analyzed in the period from the end of march to the 15th September 2017. These cases have been mostly reported by the patients (90 %).
The portal of pharmacovigilance of MAN has played its role : as soon as patients have learned through the press that they can report their adverse reactions, the number of reporting has soared : it has been multiplied by 80 in a few days and the reports by the patients increased from 5% in normal times to over 90%.
Overall, across these two periods studied in the framework of the investigation of pharmacovigilance, the percentage of patients reporting adverse effects with the Levothyrox is estimated to be 0.75% of the treated patients (2.3 million patients).

The effects of the usual

Adverse effects the most frequently reported in the complaints are : fatigue, headache, insomnia, dizziness, depression, muscle and joint pain, hair loss. These effects were already reported with the Levothyrox old formula with, however, a frequency unprecedented and unexpected.
Since the beginning of the investigation of pharmacovigilance, 19 deaths have been reported and analyzed, but it could not be established to link with the new formula of Levothyrox.
A case of suicide is reported has led to an in-depth analysis of 79 cases of disorders of a type of suicidal ideation over the period. The data from the case are not sufficiently complete to establish a link between adverse effects of psychiatric disorders with the new formula of Levothyrox according to the MSNA.

Among all reported cases, 4030 cases contain information on the balance sheet of the thyroid, of which 1745 cases are documented vis-à-vis the chronology of decision-Levothyrox new formula and TSH values entered before or after the change of formula of Levothyrox. These 1745 cases have been the subject of a detailed analysis. The latter confirms the possible occurrence (in about 1/3 of cases analyzed) imbalances and thyroid gland during the passage of Levothyrox old formula Levothyrox new formula.

Mismatch side-effects and imbalance of the thyroid

The new formula has she been able to “poison” the sick ?

It is necessary to wait the analysis of the toxicological conducted by the MSNA and the Justice, but except for errors of Merck, this seems unlikely. The mannitol and citric acid which have replaced the lactose may not result in the events described.
They are found at doses significantly higher in many foods, including candy and chewing gum sugar-free under the code names E421 and E330, as well as in very many other drugs without any adverse effects have been reported.
These same new tablets Levothyrox are widely used in other countries without that no trouble has been notified.

The assay was he able to be changed ?

It is certain that the dosage is different. It is for this that the MSNA has requested the change of formula : in order to obtain a stable concentration of active product in the time. The old formula had a tendency to lose efficiency with time. Any change of specialty or formula can alter the hormonal balance and may require a readjustment of the dosage that can take ” a certain period “.
For all that, is this that the replacement of lactose by mannitol was without any effect on the pharmacology of the drug. Probably in the majority of patients, but probably not for some of them. A phenomenon already known since the MSNA recalls that, already, with the old formula of Levothyrox, nearly 15% of the patients complained already of adverse effects at a given moment or the other of the year.

Is that the effect of L-thyroxine may be modified ?

Many circumstances, whether they are physiological, paraphysiologiques or clearly pathological, can alter the absorption of levothyroxine in the human body.
Absorption of levothyroxine can be impaired by age, fasting, ingestion of certain foods (dietary fibers, grapes, soybeans, pawpaw and coffee) or certain medications (inhibitors of the proton pump, antacids, sucralfate, etc.).
In addition, many gastrointestinal diseases, such as those that disrupt the integrity of the intestinal barrier and the diseases that alter the natural acidity of the stomach, may diminish the real contribution in levothyroxine.

The TSH is a bad review to assess the state of the sick ?

The TSH ultra-sensitive is the examination of reference to the international to evaluate the efficacy of a replacement therapy with L-thyroxine. Is it to much perfect ? Not necessarily to the extent of the impact on different organs, including the heart. A recent study thus reveals that the free Thyroxine (FT4) would be best to assess the impact on the heart. According to the authors, the TSH would actually be more a marker of effects pituitary thyroid hormone, whereas thyroxine-free, which is converted into triiodothyronine, would rather be an effector with a direct action on the target organs, including the heart, and therefore a better marker of the final effect.

The data from this survey of pharmacovigilance will continue to be analyzed in the light of different investigative procedures. Indeed, in the framework of the monitoring of the specialities of levothyroxine, the MSNA launched in October 2017, a study of pharmaco-epidemiology on the basis of the data of the health Insurance. The results of the descriptive component are planned in the first quarter of 2018. In addition, a survey of pharmacovigilance on adverse effects of other drugs on the basis of levothyroxine have been available since October of 2017 is also in progress. An analysis of the first results is expected in the 1st half of 2018 so as to have sufficient data.
In Why Doctor, the Pr Jean-François Bergmann evoked, in addition to the hormonal imbalances induced by the change of formula, an effect nocebo and the amplification effect of social networks that have served as a resonating chamber in a spiral of collective totally disproportionate.

In the end, the more important it is that patients suffer. Fortunately, the availability of several therapeutic alternatives has led to 2/3 of them to improve their quality of life. It remains to find a solution for the other. The restoration of a climate of trust will occur only by the transparency of the data analyzed. The MAN must continue like this.

The toll-free number information (0.800.97.16.53 ) is accessible from Monday to Friday from 9 hours to 19 hours to respond to patient questions.

To report any adverse reactions : www.signalement-sante.gouv.fr