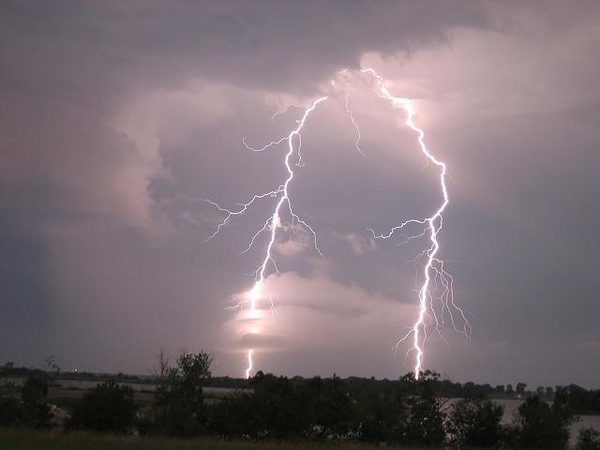 Get away from the trees

Respect a distance of 3m with the other walkers

Will curl up on the floor on an insulator

Look for a stone shelter and away from walls

Avoid summits and ridges in the mountains

They came from Descartes, a small town of the Indre-and-Loire, and had been a hundred kilometres to go to summer camp in the village of Lathus-Saint-Rémy. Teens were surprised to 19h Monday by a storm fast, but that has left traces.

They camped on the spot when lightning struck a tree in their camp. The electrical load was then distributed all around, affecting sixteen of them, and detonating the electric meter located not far from the tents. One of the children, 15-year-old is in a serious condition.

“A teenager of 15 years has been in cardio-respiratory arrest, says the prefecture of Vienna in a press release. It also suffers from burns “. The SMUR, quickly sent to the site, had supported the first emergency room and revived the boy, who was later transported by helicopter to the hospital of Tours”, in a state of great concern “, said the prefecture.

The other 15 victims suffer from milder symptoms, including ringing in the ear and tinnitus for five of them. Both have been maintained in the unit for continuing care, in particular for a burn serious to the shoulder, and four have been admitted in pediatrics for observation. The others were unaffected or weakly affected, and were back home before midnight.

The weather forecast did not allow the prospect of an outcome as serious. The department was in vigilance yellow, unlike several of its neighbours for which the risk was deemed more important. This has not encouraged the professionals of the coaching to take special precautions.

“There was no orange alert for thunderstorms this evening, said the director of the recreation center, Dominique Josso. We are systematically notified when this is the case. Governments know that here we have many children in tents. When there are alerts, we rapatrions systematically in the buildings in the hard. “