Loneliness is as deadly as obesity 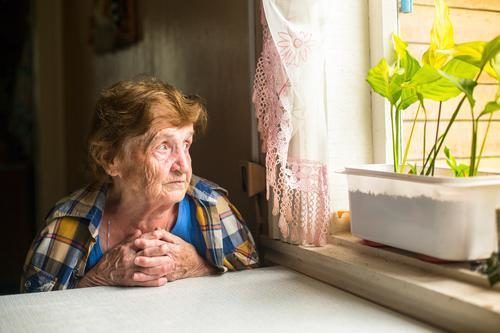 A plague, an epidemic, an evil unfathomable. The words to describe the loneliness, not lack. Because in the 21st century, there are many people only. And the health consequences are particularly harmful. This has reminded the international experts at the annual convention of the american Association of psychology, Washington, dc. The researchers presented the results of two meta-analyses yet on the health of people suffering from loneliness.

According to these studies, the loneliness is growing in all countries of the world and would kill at least as much as obesity. A first meta-analysis of 148 studies and 300,000 participants shows that a social life rich in relationships and connections, is associated with a reduced risk of 50 % of premature death.

Findings that are found in the second meta-analysis, which includes 70 studies and over 3.4 million people. These works show that, on the contrary, the social isolation and loneliness are important risk factors of premature mortality.

In fact, loneliness affects the way of life and, consequently, health. A single person will have less tendency to spend time, to smoke more, eat less balanced. It will thus be more exposed to the risk of high blood pressure, high cholesterol, or diabetes.

Previous works have already shown that loneliness affects the cardiovascular health. In 2016, researchers from New York university have shown that a single person had an increased risk of 29 % of suffering from a heart attack or angina pectoris, and 32 % to make a cerebral vascular accident (STROKE).

According to psychologists gathered in Washington, beyond the mental well-being, the fact of investing socially in activities is one of the keys to a good general state of health. This includes hobbies, moments in family or between friends, the awareness of belonging to a group, not to be a person in the middle of nowhere.

One person in ten is only

In France, one person out of ten is alone – one in four in the United States. Social networks, applications, meeting, clubs, seniors or single people, have not managed to stem the loneliness of the modern Man, not quite in any case.

According to the researchers, it is necessary to protect against the loneliness and prepare his old days : once in retirement, in particular, individuals lose a major social link – even when they would be relieved to stop working. In the same way that it is prudent to put a little money aside to face this new period of life, the scientists recommend preparing to strengthen its social ties and friendly. Managers can have a role to play, in organizing the as often as possible interactions between the employees and events in the workplace.