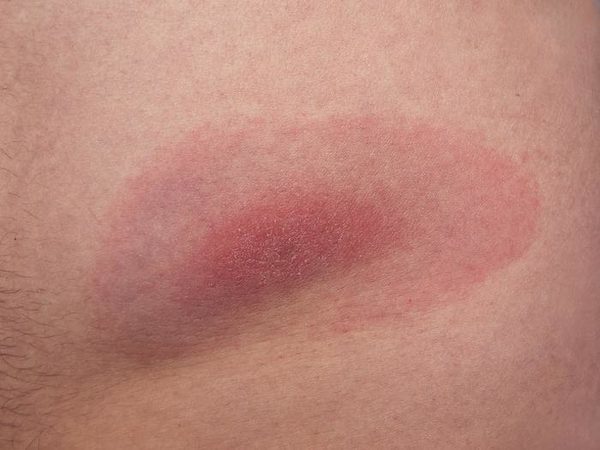 They are 300, that would be with a Lyme disease, to come together for a collective complaint unreleased in France. The conflict is based on the non-recognition of their disease as such by the medicine on the ground that the tests ELISA and Western-Blot analysis does not diagnose not the disease which they say they achieved.
Beginning January 2018, they will attack, the criminal, the State, the national security Agency of medicines and health products (MSNA) and the national reference Centre (CNR) of Strasbourg, reveals RMC.
A complaint bundled for influence peddling, misuse of corporate assets and concealment of abuse of social goods, endangering the life of others, violation of the principle of independence of the experts and the principle of absence of conflict of interest.

The questioning of validated tests

For these patients, testing for the presence of this bacterial disease, caused by a tick bite, are not reliable. In France, there is only one validated test, the ELISA test. In case of a positive result, it is confirmed by another test, the ” Western-Blotting “. In case of negativity, it is not controlled because its sensitivity is sufficient to the phase state of the disease, to such a point that his negativity in case of arthritis, for example, must be questioning the diagnosis.
The problem, according to these people, it is that the ELISA only detects ” that three to five bacteria that can cause disease when in reality, there are more than a dozen “. An assertion that is based on a true diversity of borrelia species in Europe, but the disease is actually caused by a small number of them.
The ELISA test is based on a reaction enzyme-linked immunoassay which can be found in the serum of patients the antibodies that they produced against the antigen of the bacterium. If there has been, in the past, variations in the performance of the various tests proposed, all the work of RSS has been to harmonize these tests and to validate, since 2013, that the tests have a sensitivity and specificity sufficient.

In front of some persistent symptoms are non-specific, some patients consider themselves to be suffering from a ” chronic Lyme disease “, a condition that is not recognized by the medical French, or international. In order to be safe from having the disease, some people go so far as to make tests veterinarians, deemed to be ” more precise “, or to visit other countries. In Germany, for example, where other tests are more easily accessible.
According to the Master Julien Fouray, one of the lawyers of the complainants, therefore, there would be, currently, sick people who are still not diagnosed, and they would be tens of thousands, currently in France. However, an isolated test, whatever it is, is nothing : it must be interpreted in the light of the clinical picture to diagnose Lyme disease with clinical signs that are quite characteristic. This is not the case with the “chronic Lyme” in which the history and clinical signs are not suggestive of an infection with borrelia and where the Elisa test is very often negative.
The problem is that the medicine French is no exception in the world, and that the consensus of the learned societies in france, belgium, swiss, american, and even German are consistent between them. The ELISA test is the screening technique is universal and the Western-Blot is a good confirmation technique. There are other tests of course, but that are not validated by studies with all the guarantees of seriousness. However, it has induced a profitable trade for the biology laboratories, where appropriate, in particular in Germany, in fact.

Win in a court of law against science

The 300 plaintiffs are claiming 500 000 euros of damage and interest by patient wandering, therapeutic, and removal of these ELISA tests. With this action, the sick seek to highlight a possible conflict of interest between the national reference Centre (CNR) in Strasbourg, and the laboratories that manufacture the tests. At the center, the director of the national conservatory of Strasbourg, expert mandated by the State and the MAN : “He works with the laboratories that manufacture these tests.” The complainants have doubts about its independence.
At the center of the problem, the diagnosis of Lyme disease that is not validated medically for many people since the clinical picture of which they complain is not evocative (diffuse pain, fatigue, cognitive problems…) and that the ELISA is negative in them.
If we used another test, the more often positive, but less specific, it would be a lot more “Lyme disease” in France. So far, the scientific authorities in French, the NRC, consider that these other tests are not, nor specific of Lyme, nor scientifically validated. Refusing these tests, they are an obstacle on the way of the recognition of Lyme disease in these patients. It should be noted that France is in coherence with what happens in other countries.

Behind the fake Lyme is a real disease

The origin of Lyme disease, a tick bite in the forest or in a park, in the spring or fall. A few weeks later, the sick person will be shown the more often a lesion of the skin at the site of the bite, the rash is chronic, and can appear later, joint disorders, heart, neurological, if the disease is not treated. Arthritis, muscle pain, facial palsy, heart problems, fever … The symptoms of Lyme disease are certainly different, but very characteristic, or even specific as erythema chronic migrans.
If the Lyme is treated properly, according to the protocols, and as soon as the disease of the skin, the bacteria is eradicated and will not reappear, except in the case of 2nd bitten by another tick (having been infected once does not protect a 2nd infection).
There is no scientific demonstration proved the persistence of the bacterium in the body after antibiotics. However, there are multiple example of serious diseases that have been mistaken for a Lyme disease and that were processed too late.
It is, for example, tuberculosis, leukemias and lymphomas, and possibly other autoimmune diseases more complex… there are also pain syndromes chronic, some of which are related to an “achievement of small-fiber nerve terminals” and that would be accessible to a treatment in a third of cases. There are others which we do not yet know the cause, but that will be a day, if patients are not locked in a box of ” chronic Lyme disease “.

Chronic Lyme disease is not recognized by science, nor in France, nor in other countries. The Elisa test is the test validated in all the countries of Europe and the work carried out by the CNR helped to correct some of the imperfections that existed before 2013. However, the delay in diagnosis of other diseases poses a risk of loss of chance for the sick.