Measles : the epidemic is spreading in New-Aquitaine, and it is time to think about vaccination 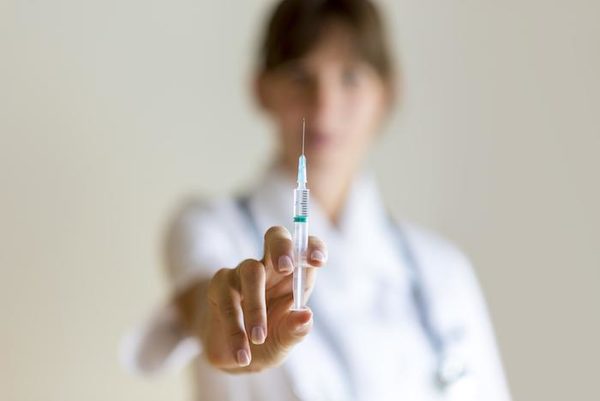 The Regional Agency of Health of the New-Aquitaine comes to reveal the number of measles cases recorded in this region : 115 cases since November 2107, including 16 on the university campus, 32 hospitalizations, and 1 patient in the intensive care unit.
The health authorities announce, in addition, another focus of infection to Poitiers. But it is likely that the numbers are not the best in the other regions. For specialists of infectious diseases and vaccination, we are facing an epidemic. A serious epidemic, there is one currently in indonesian Papua with more than 800 malnourished children hospitalized, many dead…
Measles is an infectious disease caused by a highly contagious virus that touched before, especially the small children from the age of 5-6 months. This is no longer the case : a third of the reported cases concerning persons over the age of 15. However, the cases of measles in adults are potentially more dangerous.

Measles is an infectious disease of viral origin, eruptive and very contagious, which is linked to a “paramyxovirus”. It is transmitted mainly by the airborne route, for example when a sick person who is contagious coughs, he sends in the air of micro-droplets of saliva infected with virus. It is also possible to get measles after contact with a surface contaminated by nasal secretions and sputum.
To spread, virus-like, therefore, the promiscuity, the meetings. What could be more favourable than that of a campus student ? It is one of the university campus that is part of the epidemic of bordeaux. The phase of contagiousness starts the day before the first symptoms appear, and extends up to 5 days after the beginning of the appearance of the buttons. The young doctors are not very familiar with the early signs of measles (fever, red eyes, cough, and abdominal pain), that is to say before the appearance of the buttons. Thus, according to the specialists, a person infected infects 15 to 20 others.

The only way to avoid getting measles is to get vaccinated. Very effective, the vaccine is only contraindicated in the allergic to egg white, in the immunocompromised, and pregnancy. This is a vaccine where there is no adjuvant to the aluminum, this should reassure the most worried.
Traditionally, the regimen consists of the injection of a dose of MMR vaccine (Measles, Mumps, Rubella) at 12 months and then a second injection between 16 and 18 months. For people who have never been vaccinated against measles, catch-up is possible. It consists of the injection of two doses of vaccine at least one month apart.
In the event of an outbreak, it is possible to receive the vaccine up to 72 hours after contact with a person suffering from measles to prevent the occurrence of the disease (catch-up vaccination).

In 1980, before widespread vaccination, there were 600, 000 cases of measles in France. The current outbreak of measles shows that France is still endemic situation vis-à-vis the measles, and that it is not immune to a new outbreak of magnitude as the card of the infections of 2017 makes it appear that the diagnostics are divided in rather homogeneous over the territory.
The scenario of an epidemic is all the more credible that the immunization coverage is too low. Only 79 % of babies of 2 years old are vaccinated. However, with a virus of the level of contagiousness of the “paramyxovirus” of measles, it would be necessary to achieve 95 % vaccine coverage to prevent any circulation of the virus in France.

France is far from isolated in the face of this resurgence of measles. Our neighbours italians, belgians and germans have been faced with a sudden increase in cases. Further to the east, Romania must also combat an outbreak that is very active.
In Europe, a plan for measles elimination was set in place between 2005 and 2010. We are talking about elimination when no outbreak – however small – does not take place for a year or more. It is based on vaccination, where the logic of the vaccination requirement in France from 2018. It has very good market in the countries of northern Europe, for example in the netherlands, where measles has disappeared completely.

The Regional Agency of Health of New-Aquitaine declares that, in the 77 cases reported since November 2017, twelve have led to a hospitalization, more than a 6 ! During the epidemic of 2011 in France, more than 15,000 people were infected and 10 deaths had been identified. Since 2008, more than 23 000 cases of measles were reported in France and more than 1000 cases of measles have led to complications and sequelae.
Measles may be complicated, especially in infants or in persons with fragile, and lead to a hospitalization. It is primarily a pneumonia with superinfection by bacteria. It is a serious infection of the lung that can lead the patient in the icu. Then, it is a risk of viral infection of the brain (” encephalitis “). These complications can lead to death, and give of pulmonary sequelae and neurological life.

Mobilization needed for families and doctors

In view of this situation, public Health in France recommend to families and health professionals to be vigilant. Measles became a notifiable disease in France. In the Face of a measles, the vaccine calendar of loved ones needs to be systematically verified. If the schema is incomplete, a catch-up vaccination or post-exposure prophylaxis will prevent the spread of the virus.

For nearly 15 years, the surveillance had led to a decline in the number of cases and reduce the peak of the epidemic in the spring. The case of the region’s New-Aquitaine demonstrate that these efforts are being erased by the negligence or the resistance of some to the vaccination.