Melania Trump: She could win big in her native Slovenia 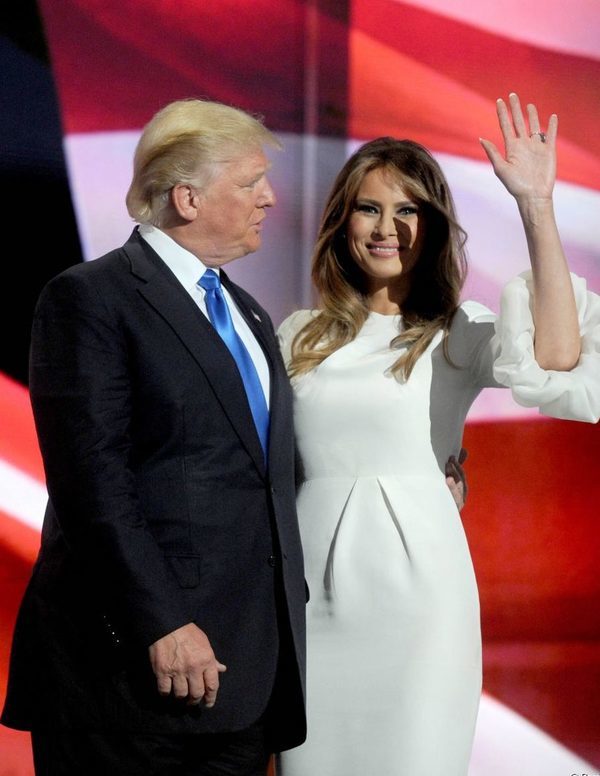 Donald Trump’s wife is a real star in the village where she grew up. 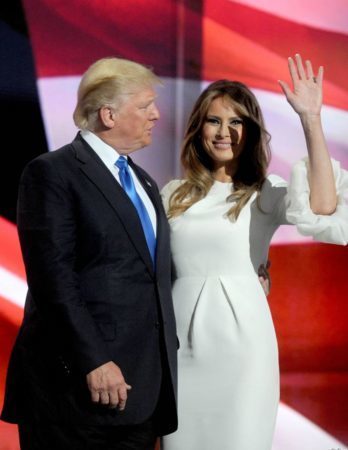 In two weeks will be held in Washington the inauguration of Donald Trump . On January 20, the politician of 70 years will formally take up the offices of the White House after months of controversy and scandals, debates and insults of all kinds face its rival Hillary Clinton .
At his side, the 45th president of the United States can count on the presence and support of his five children and his family, starting with his wife Melania . Married since 2005, the new presidential couple will have the difficult task of succeeding Barack and Michelle Obama , whose complicity, charisma and sharp mind have marked millions of Americans over the past eight years.
While some stylists have already declared that they would refuse to dress the new First Lady in the coming months, it may boast of its popularity among some Americans, but also Especially) in his native country. According to AFP, ” global interest in Slovenia surged by Melania Trump, and when her husband announced his candidacy ,” notes the Slovenian Tourist Board.
CAKES WITH THE EFFIGY OF THE NEW FIRST LADY OF THE UNITED STATES
Born in 1970 in Novo Mesto, Barron’s 10-year-old mother grew up in the small town of Sevnica, east of the capital Ljubljana. This same small town has become an inescapable place on the tourist brochures. In 2015, when Donald Trump announced his candidacy, the number of American tourists in Slovenia ” was up 11% over the period from January to October .” The 2016 figures should be largely exceeded.
And the best is yet to come for Slovenia. ” We expect a continuous increase in interest for Slovenia ” and ” especially for Sevnica .” Tourist agencies do not hesitate to propose ” a richer offer, adding in turn Ljubljana, where the young woman took his first professional steps, and Milan, in neighboring Italy, where it broke through as a model .” In addition to the guided tours, the merchants also count on many derivative products, multiplying the incredible initiatives that allow them to surf the notoriety of the First Lady: “Melania” pastries are concocted and even slippers “Maison Blanche” Of which a pair was offered to the future first lady, are sold 50 euros each. ” We hope that they will keep her feet warm during the coming winter months ,” said a spokesman for the company told AFP.
However, the risk of appearing cups, plates and T-shirts bearing their effigy led the couple to seize a Slovenian law firm to prevent any unauthorized commercial exploitation. No question of doing too much without their agreement, so …