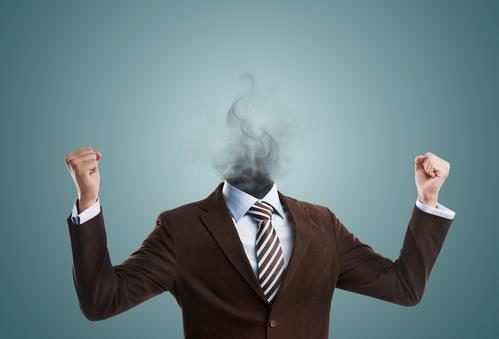 In 2016, over 10 000 cases of psychic disorders (depression, anxiety, stress and post-traumatic stress disorder, burnout) have been recognised as a work accident, for an estimated cost of 230 million euros, reveals the health Insurance in a study ” Health and work : issues and actions “, made public on Tuesday.
An increase over a five-year psychosocial disorders, work-related, while the number of occupational accidents of other nature fall.
In addition, 596 mental disorders have been recognized as an occupational disease in the same year, a number that, even if it remains marginal, has been multiplied by five in five years.
The study also reveals that the number of suicides recognized as work-related accident varies annually between 10 and 30.

An increase in the proportion of mental disorders

The branch accidents at work and occupational diseases health Insurance has studied the medical certificates of 626 000 occupational accidents recognized in 2016. Among them, about 10 000 (or 1.6% compared to 1% in 2011) related to mental disorders (anxiety disorders, sleep disorders, depression, burn-out, member of post-traumatic stress disorder, etc.).
The insured are more likely to ask for recognition of their mental illness in occupational disease (1100 in 2016 compared to 200 in 2012), which reinforces the increase. The recognition of a work accident allows you to receive daily allowances in excess of those seen for simple disease, without limit of duration.

These accidents can be caused by a triggering event outside of the work-related, as in the case of an assault, a robbery, an attack… But they can also be indicative of conditions of work inherently difficult (violent with a superior…).
The recognition of mental disorders as accidents at work is based on the medical certificate, which describes the accident and its circumstances.
In total, the cost of the care of mental illness-related work amounted to $ 230 million in 2016 euros for the branch accidents at work and occupational diseases Insurance. An amount to be put into perspective in the light of the cost of other diseases, such as low back pain (1 billion) and musculoskeletal disorders (800 million).

The people affected by the mental disorders associated at work have, on average, 40 years old, and are for the majority of employees, even if proportionally the frames are most affected.
In 60% of cases, it is women, due to their overrepresentation in certain occupations that expose them to a higher exposure to psycho-social risks related to it.
The duration of the stops related to a work-related injury mental illness is on average much longer (112 days) than for accidents at work in general (65 days).

The medico-social sector focuses on him, only 20% of emotional and mental disorders recognised as accidents at work, while 10% of employees. Transport (15% of mental illness), and retail trade (13%) are also strongly represented.
These three sectors have in common to be in contact with the public, according to the health Insurance.
Mental illness who have been the subject of recognition in occupational disease are in the first depression (77 %), and anxiety disorders (11 %), reports of post-traumatic stress disorder (10 %), and other mental and behavioural disorders.

Health Insurance, which carried out this evaluation to identify areas and employees most affected to guide preventive measures. It calls on companies to strengthen their actions to prevent psychosocial risks in this framework and encourages employees to turn to their representatives in the staff to get the claims.