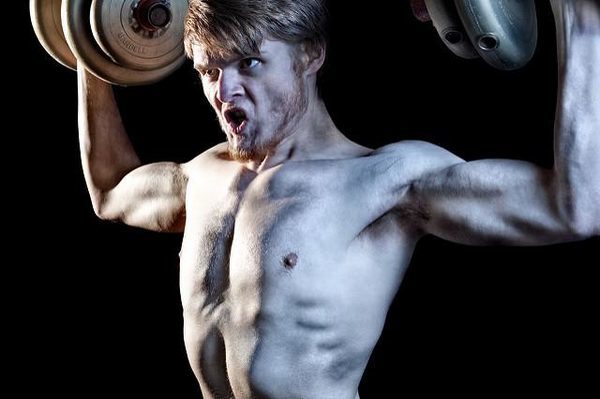 The size is not everything. By lifting weights that are lighter, but a number of times, it is possible to obtain a muscle mass equivalent to that created by lifting heavier weights. Of research results obtained in recent years show that muscle mass equivalent, the strength can vary. It is the difference between the gonflette, and weight training.

A question then arises : how can we explain these differences ? An article from a team at the university of Nebraska (United States), published in Frontiers in Psychology, brings an element of answer. A training of the forces closest to the physiological limits affects more favorably the nervous system, which thus transmits the electrical signal more efficiently to the muscles.

The neuron of the athlete

When we control the contraction of a muscle, an electrical signal from the cerebral cortex is sent along the spinal cord and then to the various motor neurons to the desired destination, that is to say, the muscle to contract.

When the training is carried out in large force, the nervous system activates a greater number of these motor neurons, which increases the excitation of the muscle, and thus translates into a superior force.

To arrive at these conclusions, researchers in the us have recruited 26 men for six weeks of training, at a rate of three sessions per week on a machine of strength training of the quadriceps. The participants were separated into two groups, who performed the exercise until exhaustion. In the first, which we will call group gonflette, athletes used the machine to 30% of the maximum weight they could lift. In the second, group weight training, he was set to 80 %.

The previous results were soon confirmed : after the training phase, those in the second group could raise an average of almost 5 kg more, while the muscle mass was the same.