Neonicotinoids : the toxicity to bees confirmed 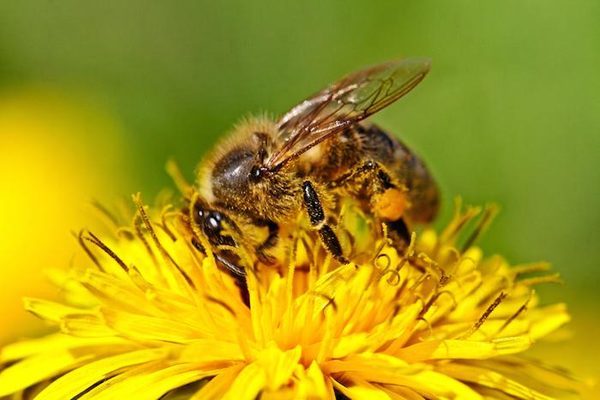 These are the most important work conducted in a natural environment on the subject. The first were conducted in Europe ; the other in Canada. Both confirm what we already suspected widely : the neonicotinoids are safe for bees and other pollinators who are exposed to it.

The results of these studies, published Thursday in the journal Science, also reveal that the local environment and the health status of hives can modulate the effects of neonicotinoids, the so-called pesticide “killer bees” and were widely used in agriculture.

But in absolute terms, these chemical substances that act on the nervous system of insects have “effects significantly deleterious” these pollinators are essential to many crops. They induce in particular a significant reduction in their rate of reproduction and a strong increase of their mortality.

This work has been partially funded by the industrial sector, Bayer and Syngenta. The first experiment, conducted on a total of 3000 hectares in the United Kingdom, Germany and Hungary, has exposed three species of bees in crops of winter oilseed rape, whose seeds had been treated with clothianidin, Bayer Crop Science, or with thiamethoxam from Syngenta.

These are two of the three neonicotinoids banned temporarily in the Eu, in 2013, due to fears related to their toxicity to bees. However, the researchers found that exposure to these crops to reduce the survival rate of hives during the winter. Thus, in Hungary, the population of the hives has decreased by 24 % in the following spring.

The second experiment, carried out in Canada, shows that worker bees and queens in the hives in contact with neonicotinoids died sooner and that the health of colonies was weakened.

Bees exposed to pollen treated with these insecticides during the first nine days of life had their life expectancy reduced by 23 %. Finally, the colonies were unable to maintain the right conditions to enable the queen to lay eggs.

France has banned in 2016 the use of pesticides, neonicotinoids. After having announced the lifting potential of this prohibition, the new government has done a volte face and confirmed that these pesticides will remain banished from the country.