New funding model of the hospital : a big boss shares his thoughts on Agnès Buzin 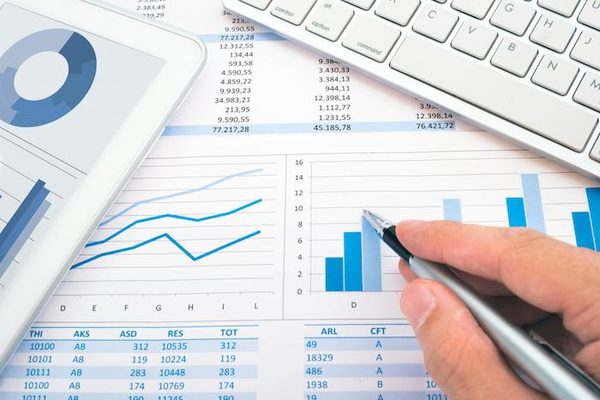 The minister of health, Agnes Buzyn, spoke on Europe 1, on Friday, the need to “invent a new model of funding of the hospital” to ” this is not only a financing that grows to a activity disproportionate […] It is necessary that we promote the particular competence of the hospitals, the teaching, the research, the ability to do good medicine, the quality of care “. It is also to ” respond to the malaise expressed in particular by the agents of the public health institutions “.
The minister has promised that a redesign complete would be conducted, but noting the magnitude of the task and the total absence of the slightest embryo of a proposal in his ministry when she arrived, she did not give a timetable.

Against the T2A and the “technocracy health”

If she is looking for the skills and ideas that are more realistic than those of the “technocracy health” of his ministry, it will not be wrong to find at the same hospital, where various health actors are dedicated to continue to ensure a human medicine and quality in spite of the many administrative obstacles imposed on them.
Seeing that, since its launch, the system of “underwriting activity” (T2A) was going right in the wall, some are thinking about it, and discuss it even for a long time in the perspective of engaging the whole of the medical community at the hospital in this reflection.
Among, these various actors of the health of the hospital, some speak freely on a blog kept by professor André Grimaldi, diabetologist renowned Pitié-Salpêtrière hospital, in Paris, and opponent of the first hour of the inadequacy of the logic of the “hospital” for the care of chronic diseases. He has agreed to share his thoughts.

Health expenditure in the OECD average

France spends overall 11% of its GDP on health, such as Germany, the netherlands, Belgium, Canada, Switzerland, Austria, Japan …. significantly higher than England (9%), but much less than the United States (17%)
In expenditure in absolute, per capita, France is the 11th of the countries of the OECD. It is thus necessary to stop to say that France is the bad student of Europe or the rich countries

France is falling in the rankings

What is true is that in various rankings, France is going backward for 2 historical reasons :

The health clinic is not a historical model that has been exceeded. It was a building ” awesome “, putting health among the “common property” or state (Beveridge) or private (private insurance is mutual or not).
It therefore benefits from the revenue dedicated (contributions, taxes and specific tax = CSG) and an autonomous management. But spending on social Security in 1945 were around 2.5% or 3% of the GDP, the population was young and relatively healthy and the benefits were mainly focused on the per diem.
The health clinic was work-related and therefore not universal. It was a compromise with the private insurers (mutuelles).

A drift of the governance

The drift is made to the state takeover of the management and the abandonment of whole sectors to private insurers, in particular the exceedances of fees in the name of the “trou de la Secu” ! (sector 2 was created in 1980 by Raymond Barre to not have to raise the rates of doctors of sector 1).
In the spirit of health ” common good “, it would be today

The public hospitals are now living a contradiction (once again, intended) : they are condemned to profitability, as a private clinic (for profit or not), but they cannot choose their medical activity on criteria of profitability and their staff “benefits” of a warranty status of the job (which, it is true, some abuse).
Unlike the private, the public officers are not contract with an employment subject to revision and a variable salary.

And we have thanks to our status as a public servant kept a freedom of speech and of the criticisms do not have the doctors practising in private clinics. It is an institution met the high standards which the director may say ” his “vascular surgeon :” I want 500 varicose veins per year! “And the surgeon replies :” well, mr. director “. The CEO has replaced the mandarin !
But more importantly, there are 2 major differences of principle between a public hospital and a private clinic (for profit or not).

The Private sector must be profitable

A clinic should be cost-effective and, to do this, it selects its activities, that cannot and must not be a public hospital. A doctor recalls of Foch and his transfer to the Institut Mutualiste Montsouris (IMM) :
I remember a long time ago, I saw getting to my consultation of people with diabetes from the IMM (” they don’t want us! “).
I remember that it was a date issue closing the internal medicine of the IMM. I remember in the IMM, the patients of urology were sorted by phone by a ” medical doctor regulator “. Whereupon, now the IMM has an excellent reputation medical (including diabetes educator).
I remember arriving to Saint-Joseph, the new director closed his authority in the service of AIDS (forgetting to warn patients) that were so welcomed at the public hospital.
Vaginal delivery is not cost-effective. As a result private maternity homes closed or push the indications for caesarean section…. Conversely, a public hospital can not go bankrupt and be sold to the private sector, to conduct a real estate transaction and/or return to the fold of the international chains of private clinics (I’m reminded of the fear of FOCH being purchased by the General Health, she even bought by Ramsay)
This is not a coincidence if the therapeutic education of the patient is born, basically, and developed at the public hospital, which had an overall budget, and not in private clinics. This is not the fault of their doctors, but the financing system.

The Public is pursuing a mission of sustainable

The public hospital must be efficient, not from the point of view of the establishment, but from the point of view of society (and in the case of the Safely). The current system, which aims at the profitability of the establishment, regardless of the long-term interest of the Safely, is “normal” for a private clinic, but is deeply abhorrent to a public hospital. “I was not asked to save the Safely but to straighten out the accounts of my business “, I confided a director of met the high standards.
From this point of view the last act of health defines the public service, through its missions of global and its obligations, and not by his status, has paved the way for the gradual change in status of the public hospital, starting with the CHU (as proposed by François Fillon). Some directors of university hospitals and some surgeons and public hospitals aspire to. The first would have more power and the latter were better paid.

Find the philosophy of the creation of the CHU

Finally the great reform Debré in 1958, which created the Centre University Hospital, has seen its defects outweigh its qualities since the late 1980s, as had analyzed some of its founders at the conference in Caen, 1996 (organized by the dean, Gerard Levy) : cut with the city, the separation often is not justified between PH and PU-PH, low self-esteem of the clinic and teaching for the benefit of the scientific literature, insufficient means of clinical research, confusion and multiplication of the tasks (patient care, research, education, management, public health) that could not be handled by a person but by teams.
Today in a university hospital there is no reason that a department head is automatically a PU-PH rather than a PH… in Nantes, the department of endocrinology has a PH as a chief of service and consists of 2 PU-PH).
In short, it is not necessary to seek to gather the “elite”, self-proclaimed, but the entire medical community hospital. Nostalgia is a bad advisor !

But, according to André Grimaldi, the absolute urgency seems surtut to end the “hospital-business” put into deficit by a progression of ONDAM lower than the increase in planned expenses !