Nigeria : the end of the meningitis epidemic 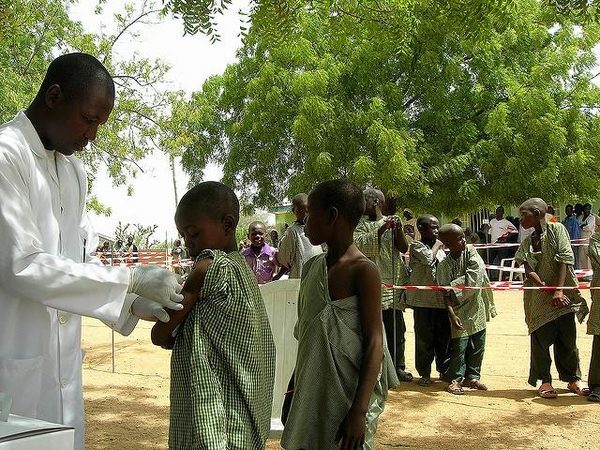 “We have formally declared the end of the meningitis epidemic,” announced this Wednesday, Isaac Adewole, the minister of health in nigeria. It would have affected about 15 000 people since November of 2016, and 1 166 deaths were recorded, according to the national center for disease control (NCDC).

Out of the 36 States in Nigeria, the most populous country in Africa with its 190 million inhabitants, of which 23 were relevant. A large vaccination campaign, intended to immunize more than 800,000 people, had been launched in April.

It is thanks to this or other factors, the spread of the virus has rapidly declined, prompting the NCDC to reduce its operative emergency for several weeks already.

Epidemics of meningitis are not rare in Nigeria, west african country of 190 million inhabitants, located in the “meningitis belt” that runs from Senegal to Ethiopia. However, this meningitis is of a new type (strain C). This is the first time that it was declared epidemic in the country. Children 5 to 14 years are most affected, and accounted for about half of all cases.

The meningitis belt. Source : u.s. Centers for control and prevention of diseases (CDC)

Meningococcal meningitis is caused by different types of bacteria, six of which may cause epidemics. It is transmitted by coughing and sneezing, especially in crowded areas where there is a strong promiscuity between the inhabitants.

The disease causes an acute inflammation of the outer layers of the brain and the spinal cord, the most common symptoms being fever, headache and stiffness of the neck. In 2015, more than 13 700 people have been infected and more than 1,100 died during an outbreak in Nigeria and neighbouring Niger.