Normandy : the death of a little girl with meningitis in Evreux 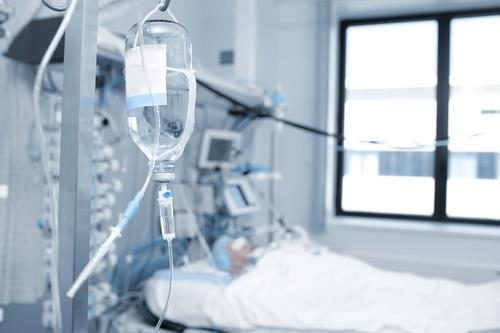 It is a tragic story as it happens thirty times every year in France. A two year old girl was hospitalized to the hospital of Evreux, where she died yesterday. She suffered from a fulminant form of meningitis, an infection of the meninges which is quite frequent. It is not severe when it is caused by a virus. It becomes serious if it is a bacterium and life-threatening if care do not intervene quickly in a case of purpura fulminans.
The regional agency of health (ARS) has developed a health emergency, because the infection of other children who have had contact with the little girl at the nursery (Isambard) is likely and that the children are contaminated must be identified so that we can give them preventive antibiotic treatment and to check their immunization records. The town hall, Evreux also has put in place alert numbers (02 32 31 52 52 or 06 77 09 23 00).

The symptoms of meningitis

Meningitis causes a very violent headache and vomiting in a jet… which exists in many infections, but adds, in cases of infringement of the meninges, a sign very specific : the stiff neck, the doctor found easily, but that the parents may suspect if the child remains in the dog rifle, the head under the sheets. There is no doubt what are the meninges that are suffering.
It is then necessary to hospitalise him in an emergency. We start by eliminating the diagnosis of subarachnoid hemorrhage, incompatible with the lumbar puncture, for which the state of the liquid is the justice of the peace… If it is purulent, it is a disease due to a bacterium. It is a serious matter, but theoretically susceptible to antibiotics that must be quickly injected. The liquid is clear and there are two solutions after the analysis. Either this is a meningitis due to a virus… And it is a little poor, but in general it is not serious. And, finally, the liquid is pure water and it is a meningeal syndrome, much less serious.

Only meningitis due to bacteria is to be feared.

In 80% of cases, it is a virus. It is painful and grievous to be borne, there is really no specific treatment but recovery is the rule. Any other story with a bacteria type disease as it is the case unfortunately for this little girl : the cerebrospinal fluid becomes purulent, and the whole nervous system is in danger. If it is a fulminant form, the meningitis turns into a generalized infection, septicemia, which can lead very quickly to death, due to a shock. It is an extreme emergency which, fortunately, if the diagnosis is made on time, can benefit from the spectacular effect of the antibiotics.

There is meningitis lethal.

In France, the meningitis lead to a thirty deaths per year. They mostly affect children under 5 years of age and adolescents. The antibiotics are effective, provided the treatment is very quick. This is not the case once on 10. This is the case of the meningitis a dramatic Eveux. It is the re-emergence of a fulminant form and death from meningitis in the region. This is why the ARS is on high alert

The vaccination is not effective against all forms of meningitis, but the mortality caused by meningococcus C, there is an effective vaccine to over 90%.
For the entourage antibiotic treatment and vaccination large is required. It is the Agency of Regional Health will be put in place.