Once Upon A Time VS 13 Reasons Why: Can Hannah Baker Double Emma Swan? 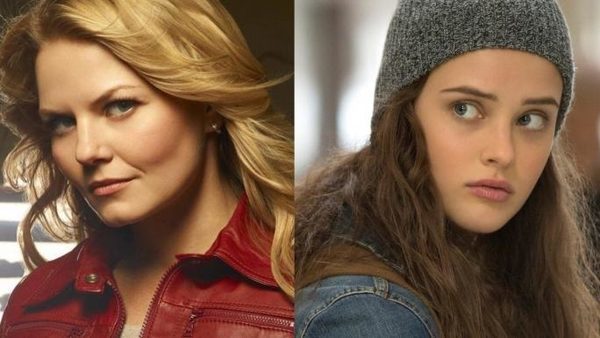 In the semifinals of the Series World Cup, Once Upon A Time faces 13 Reasons Why. Can the rescuer lose to Hannah Baker?

Corsica for our series still in competition! They are now the semifinals of the 2017 World Cup. The first match between Gray’s Anatomy and The Vampire Diaries. Can the Salvatore deprive Meredith of the final? Everything is still possible! The second duel is just as intense. Indeed, Once Upon A Time opposes the Netflix event series, 13 Reasons Why. The two shows have been a real card since the tournament was launched and go through the stages without much difficulty. However, face to face, they may have much more difficulty to stand out in order to reach the final. Once Upon A Time is one of the series World Cup giants she has won twice. Thus, the fantastic series of ABC is the opponent to be defeated in the absence of Game of Thrones and The Walking Dead. However, it will be necessary that Emma Swan is wary of the sweet Hannah Baker of 13 Reasons Why. The Netflix show has broken all records in a very short time and is attracting more and more fans. Can Hannah Baker deprive Once Upon A Time of the final?

Recently, we wondered if Once Upon A Time really deserved to win in the quarterfinals against Vikings. The fantastic series is obviously a very good show but for some time, it tends to rest on its acquired and to propose us episodes a little less exciting than during its first seasons. If the Oncers supports her more than ever in this 2017 World Cup in order to offer her a third victory, this little dip could be fatal to a series like 13 Reasons Why. Since its launch, the show Netflix continues to seduce and receives many praise. The series tackles a sensitive subject and completely revolutionizes the genre of teen shows. She managed to completely put K.O shows such as The 100 or Riverdale, who were well on their way and managed to get out of hand. This will probably be the toughest match for Once Upon A Time since the start of this Series World Cup. While the results are very tight, it is you who have the power to decide between these two shows so vote without further delay!