Once Upon A Time vs Vikings, Riverdale vs. 13 Reasons Why: The choice of the editorial! 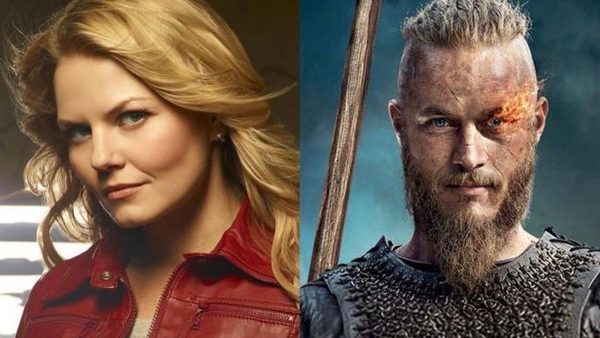 While the 2017 World Cup continues to be in full swing, Melty’s editorial gives you a choice for the rest of the competition!

Yes, the meltynauts, nothing is played between the eight series still in competition and the gap is very low even among the great favorites of the tournament. While Melty’s editor suggested you discover the estimates and the series that were in danger at the 2017 World Cup, it’s time to mobilize your darling to win his ticket for Semi finals. And to help you make your choice, here are the series that we support among these particularly tight matches!

Once Upon A Time vs. Vikings

The confrontation that sees clashing Once Upon A Time is Vikings is very atypical. Between those who do not see how the people of Storybrooke could lose and the followers of Ragnar who would like to see him lift the trophy, the match promises to be complicated. If Once Upon A Time is one of the great favorites of the competition, we were not convinced by the last season of the show that inevitably turns in circles. Our choice is therefore Vikings passed mistress in the art of surprising us and making us kiffer.
13 Reasons Why vs Riverdale

This is a game that is difficult to decide. If we can not miss the phenomenon triggered by 13 Reasons Why, Riverdale is a very good novelty that has been able to subtly play on cliches to stand out. Nevertheless, the Netflix series touched a sensitive point by addressing delicate themes without making in the higher bid. Throwing a wave of incredible reactions on the canvas, 13 Reasons Why has touched many viewers in the depths of their being and for that alone we have to support it.
But do not panic the meltynauts, nothing is yet played and it’s time for you to give yourself thoroughly to allow the series that makes your heart beat to continue the competition. Vote every day at the 2017 World Cup!