Orange is The New Black season 5: The new season is finally available on Netflix! 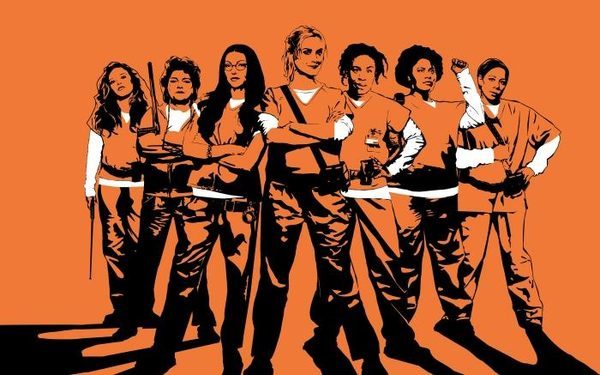 That’s it, season 5 of Orange Is the New Black is finally available on Netflix, and in its entirety!

Orange is the New Black is back! After one year of waiting, it is finally time to discover what will happen in the prison of Litchfield after the tragic death of Poussey (Samira Wiley). And most of all to see if Daya is going to hit the trigger and shoot Humphrey. The season 5 of Orange Is the New Black is available since this morning 9h on Netflix, with 13 new episodes that promise to make us laugh and cry . At least, if you did not know what to do with your weekend, here is an activity found: binge-watcher Orange Is the New Black ! The plot will resume exactly where we left off and then we should have the answers to our questions fairly quickly.
The big change of this season is that the intrigues will only extend for 3 days in the universe of the series, telling then the movement of revolt of the inmates . This is an interesting concept that will certainly allow us to see in detail what happens to each of the characters. If you watched the trailer of Season 5 of Orange Is the New Black , you may have noticed that the inmates seem to finally unite with each other and that the atmosphere is at least dark. The death of Poussey was a real electroshock for them, and we already feel that this fifth season will pay tribute to his character adored fans. One thing is certain, we are already looking forward to finding all the characters, and even if it looks rather dark, We know that the series will always succeed in making us laugh too. Will you watch season 5?