Orange is the New Black VS GLOW: The actresses of the Netflix series clash! 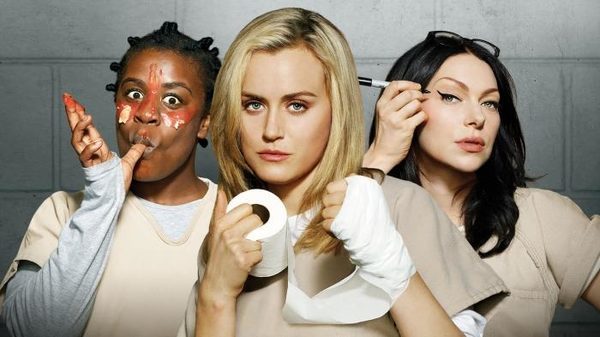 Find the actresses of the series of Netflix, Orange Is the New Black and GLOW compete around a blind test. Which team came out victorious?

At the beginning of June, we had the pleasure of receiving some actresses from the ultra-popular Netflix series, Orange’s the New Black and the brand new GLOW. If this was an opportunity to discuss the two series and the upcoming plots as you saw in our interview with Orange’s the New Black season 5 actresses, we were also able to offer them a They played against each other in a blind test centered around the Netflix series, the aim of the game being to recognize as soon as possible which series belongs to the credits.

So who of Team GLOW or Team Orange Is the New Black won the game? Well, if Alison Brie, Betty Gilpin and Kate Nash did well, Taylor Schilling, Laverne Cox and Uzo Aduba finally won the game with one more point. As you can see in the video above, some answers were easier than others to find. In any case, know that the last season of Orange is the New Black and the very first of GLOW are currently on Netflix, so do not hesitate to go binge-watcher all this if not yet done! Not to mention that GLOW and Orange Is the New Black are part of our Top Series of June 2017.