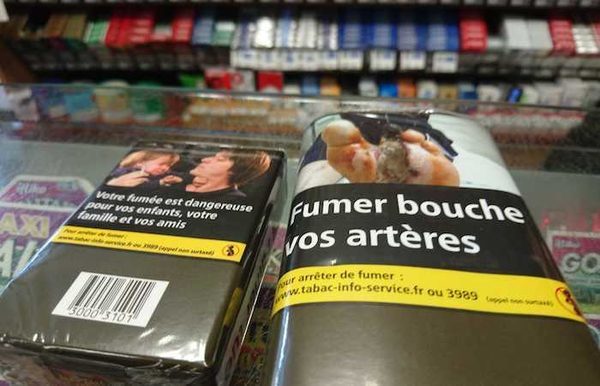 The tobacconists do not want the packet of cigarettes to € 10. And they have decided to make their voices heard. In the night of 20 to 21 July, they have hit the government purse. 430 automatic radars have been covered in the framework of a coordinated action. A ” fire warning “, in respect of a measure that they considered inappropriate and dangerous for their profession.

It was a promise of Emmanuel Macron, as confirmed by its Prime minister during his general policy speech. Gradually, the pack of cigarette will be raised to 10 euros. It is, indeed, one of the few provisions whose effectiveness is recognized.

The world health Organization (WHO) estimates that an increase of 10 % of the package lower consumption of 4 % and even 8 % among young people. Associations of tobacco control call for such a development since a long time.

But on the side of tobacconists, the tone is rather to the concern, or even anger. In a press release, the president of the Confederation of tobacconists judge the extent hypocritical. Such an announcement ” just before the holidays, while many of our citizens were to go abroad, is to give a real boost to the purchases border and the parallel market “, plague, Pascal Montredon.

To support its comments, the Confederation of tobacconists advance a figure : a quarter of the tobacco is bought outside of the official network. The vendors fear that a price increase would only exacerbate this phenomenon. They argued instead for the adoption of restrictions on the importation, and circulation.

In an interview with the minister of Health, Agnes Buzyn, the Confederation has recalled his good intentions. It calls for a harmonisation of practices at european level, and restricted access to tobacco products. “It is necessary to re-establish restrictions to import of tobacco strict “, claims Pascal Montredon.