Paraplegia : the rehabilitation improves the function of the bladder and sexual activity 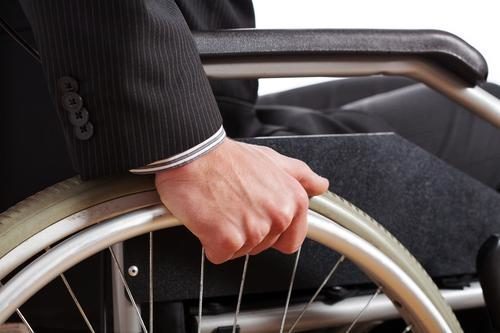 Paraplegia is one of the forms of lesion of the spinal cord. It is also called a “spinal cord injury serious.” This lesion is at the level of the lumbar vertebrae or the thoracic spine below. Concretely, a paraplegic person has no motor function or sensation in the lower part of his body (below the bust). It loses its muscular activity, but also its functions so-called “vegetative”, such as the bladder or the colon. Sexual activity has also been severely disrupted.

Researchers from the University of Louisville, in the u.s. state of Kentucky, have discovered the unexpected benefits of physical rehabilitation. Among them: improvement of the bladder, colon, and increase in sexual desire. The results are published in the journal PLOS ONE.

The patients received physical training : walking on a treadmill with their body weight supported, and an exercise consisting of standing, in a frame provided for this purpose. Each person, throughout the study, had to fill out questionnaires on their bladder, the function of his intestines, and his sexual activity. As, the patients reported that their incontinence was a decline in the functioning of their intestines has improved. And their sexual desire increased.

The hope of a better quality of life

Disorders of the bladder and bowels, in persons with paraplegia, stain strongly their daily lives. For the bladder, for example, the patients must be taken care of on a daily basis. This requires placement of a catheter and the administration of drugs to prevent sepsis. It can also have side effects. For dr. Charles Hubscher, who led the study, these technologies could allow, in the long term, reduce these jacks in additional charges.

In the United States, approximately 1 275 000 people are paraplegic. In France, they would be about 50 000, paraplegic or quadriplegic. Often the result of a road accident, a suicide attempt or injury by firearm.