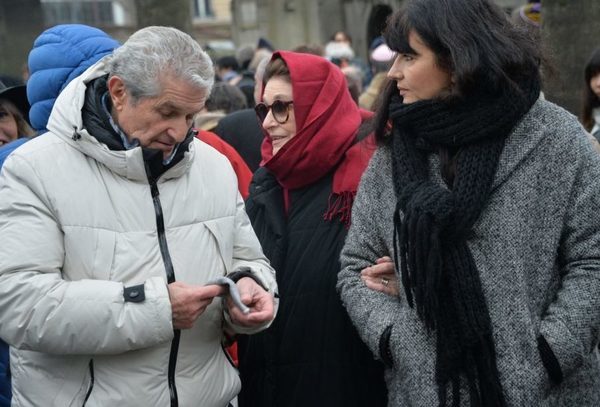 The family of A man and a woman is in mourning. 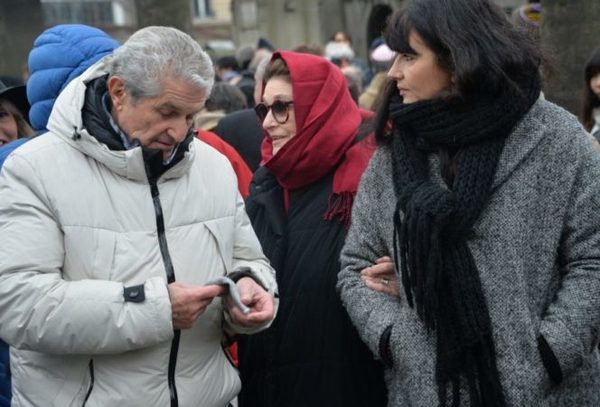 ” It was a life companion, more than a traveling companion, more than fifty years ,” remembers Claude Lelouch .
The director, the actress Anouk Aimée , composer Francis Lai and singer Nicole Croisille – with whom he performed the songs of the film – attended 4 January in Paris the funeral of lyricist and composer Pierre Baruch, who died last week at 82 years , with which they composed the family film a man and a woman .
Atsuko Ushioda, his widow, confronted the funeral ordeal with their three daughters, Amie-Sarah, Akira and Maïa. The latter, bold musician , who just posted sweet family snapshots on her Instagram account. Pierre Barouh was also the father of a boy, Benjamin, of his second wife Dominique, also present during this painful event.
” We realized we had fallen in love with the same woman … life. (…) It is one of the men I loved most in the world. I do not know what to say . I love you madly , “said the microphone, during a ceremony in the cemetery of Montmartre, Claude Lelouch, a great friend of him who was the author of the lyrics of his film webbed in Cannes in 1966.
The actress Anouk Aimée, who held the lead female role of a man and a woman alongside Jean-Louis Trintignant , was the wife to the city of Pierre Baruch. ” With the death of Peter, it is lost suddenly. We were so bound, all ,” he said in a pained voice the film’s heroine AFP. ” Peter loved to make jokes, but now he has made us a nice ” cowardly one that found his disappearance all the more “inexplicable” that the film A man and a woman seemed to have sealed forever. After the shoot, ” we did not want to leave, we all wanted to get married ,” said the actress.
The actors Anouk Aimée and Pierre Barouh talk about the characters of the film Un homme et une femme by Claude Lelouch, at Télévision Suisse Romande (1966)
Former stars Officer Dominique Besnehard and songwriter Didier Barbelivien also among the personalities coming to pay their respects to the lyricist of the song La Bicyclette , played by Yves Montand .
Despite the fine rain, some two hundred people were present in the cemetery of Montmartre, where Pierre Barouh was buried in a coffin decorated with painted drawings. Not far away lay a large wreath offered by Charles Aznavour and former producer Gérard Davoust. And if a man and a woman is the pillar of his career, he also worked with the Saravah label to discover many talents as Jacques Higelin , Brigitte Fontaine or the Beninese-Togolese Alfred Panou, precursor slam in the hexagonal landscape .