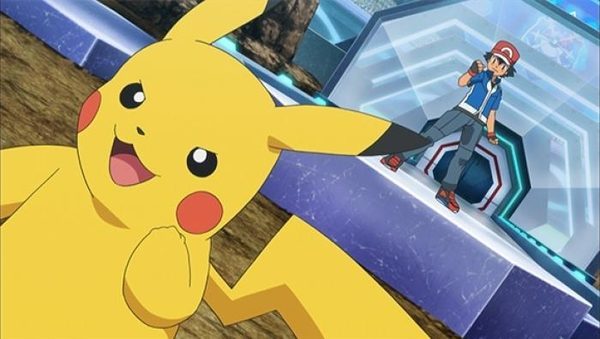 The animated series Pokemon Sun and Moon marked a discrete arrival in France, but that’s no reason to miss out! Discover all the good reasons to discover the new adventures of Sacha.

If you have not yet discovered the first episodes of the animated series Pokemon Sun and Moon, this is clearly the time to start. Just a few months away from the release of the new Pokemon Ultra Sun & Ultra Luna, we explain why the new adventures of Sacha and Pikachu are worth a look. If the series has marked a discrete arrival in France, but it is indeed broadcast in the dropper on the chain Gulli since the end of last year. In addition to the arrival of Sacha on the new Alola region, this twentieth season marks a real break in the story’s narrative, and we must admit that it is generally successful.
01 – A nice overhaul of the graphic style

When one discovers the first episodes of the series Pokemon Sun and Moon, one is first struck by one thing: the graphic break that exists between the new season and the old adventures of Sacha. A desire for renewal that had already been appreciated in the video games Pokemon Sun and Moon, and which works rather well, we must admit. Round and more stylized, Sacha, Pikachu and all their friends find themselves completely pimped, to appear even more childish. Obviously, the influence of Yokai-Watch, Pokemon’s main competitors in Japan, is obvious, and if some purists see the decadence of a series that is more and more accessible to the general public, we approve.
02 – Less fight, more stories

Pokemon Sun and Moon also marks a real break in its narrative line. If Sacha’s main objective is always to become the best trainer in the universe, shonen fighting scenes have been somewhat neglected in favor of a storyline more focused on the story of the main character and his friends. More gates, more history, and less brawl, a bias that does not ultimately work so badly.
03 – Special Mention for Team Rocket

In the Pokemon series, the Team Rocket is a running gag in its own right. Stereotypes of the bad idiots, loosers and completely predictable, Jessy, James and Miaouss return more badass than ever in the region of Alola, and for once they are accompanied by a sizeable Pokemon (to the point why one wonders why They still want to catch Pikachu). Indeed, on Alola, the bad guys can count on the wonderful Mimiqui, this little creature who dreams of resembling Pikachu, and who tries to resemble him.
04 – Characters more worked

Whether at the level of their personality, or the importance given to them in the series, the secondary characters of Pokemon Sun and Moon are widely honored in this twentieth season. The mysterious Lillie, the charismatic Professor Euphorbe, or the cousin of Prof. Chen, who follows the rotten jokes … Not all of them are mentioned, but the characters of Alola are much more worked than the previous seasons, and their role in The main story is much more important.
05 – The Alola shapes, obviously

How about not talking about the twentieth season of the animated series Pokemon without evoking the brilliant forms Alola? True novelty of the seventh generation, these alternative forms are a breath of fresh air in the history of the series. In addition to bringing a whole new challenge to the hero, they also put the first-generation Pokemon back on track. Well, it’s clear, not all Alola forms are successful, but the idea is there, and we love it. It remains to be hoped that The Pokemon Company will continue to exploit this novelty in the coming seasons.