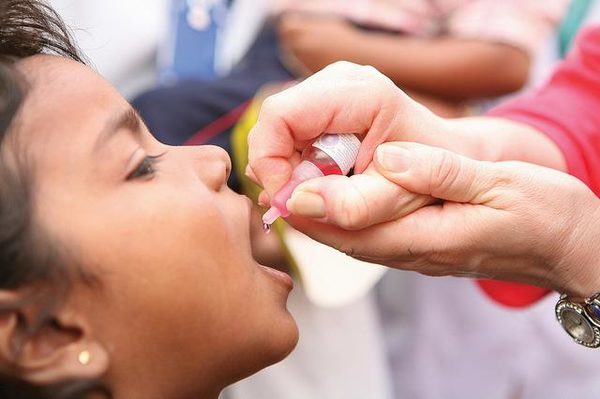 Pakistan, Afghanistan, Nigeria, and now Syria. The polio virus has almost disappeared from the surface of the globe, but re-emerges in these few countries, in the throes of armed conflict.

In Syria, 17 cases have been identified in Raqqa and the province of Mayadin, in the eastern part of the country. To curtail a possible epidemic, Unicef and the world health Organization (WHO) announce the launch of a vaccination campaign, which will involve 440 000 children for the two organizations.

Victims of the conflict

The conflict in Syria has been disastrous in terms of vaccination coverage. While the immunization rate was around 95 %, they have dropped to around 60 % today, writes Oliver Rosenbauer, spokesman of the WHO polio eradication initiative polio.
An epidemic had already left 22 children were paralysed, especially in the areas controlled by Daech, who had exceptionally authorized the arrival on its territory of health teams to carry out vaccinations. A fighter from Pakistan was probably imported. But this time, the origin is different.
Whereas previously, the epidemic was due to a wild virus type 1 – three types have been identified for polio –, the one that currently grips would be caused indirectly by previous vaccination campaigns.