Pregnancy : taking ibuprofen in the 1st quarter affects the fertility of girls 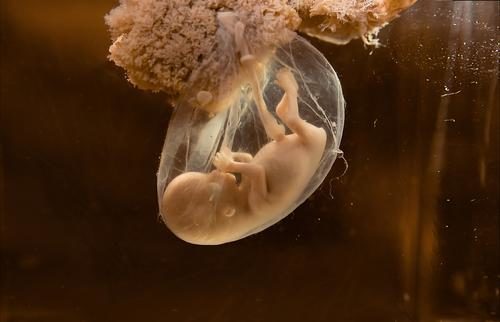 Ibuprofen is an anti-inflammatory commonly used to treat pain and fever and is available otc. In march 2017, a study by the national Institute of health and medical research (Inserm) showed that this drug was likely to cause a disturbance of the hormonal system in the testis fetal and lead to consequences on the development of the male reproductive tract.

A new study conducted by Inserm, Rennes now shows the deleterious effect of ibuprofen on the development of the ovary fetal in cases of consumption during the first trimester of pregnancy. The researchers studied the effects of the drug on the ovarian tissue of 185 fetuses aged from 7 to 12 weeks, following an ELECTIVE abortion legal, and with the agreement of the mother.

They found that ibuprofen was crossing the wall of the placenta, thus exposing the baby to the same dose as the mother. “There were significant effects after seven days of exposure to ibuprofen, and we found cell death as early as two days of treatment,” explains Séverine Mazaud-Guittot, lead author of the study published in Human Reproduction. Five days after the medication is stopped, these adverse effects were not completely reversed”.

30% of women consume at the beginning of their pregnancy

Already strongly discouraged in the 3rd quarter due to risks of heart and lung, ibuprofen, therefore, is also to be avoided as much as possible during the first six months of pregnancy. But according to the authors of the study, 30% of the women took ibuprofen during the first three months of pregnancy. “The goal is not to sow the seeds of psychosis in the case of one or 2 isolated at the beginning of a pregnancy as yet unrecognized,” explains Séverine Mazaud-Guittot. But it is necessary to make the precautionary principle and avoid to the maximum the requirements on several days prior to 24 weeks of pregnancy. Paracetamol is an alternative, less risky but it is not necessary to have recourse easy to drugs and without medical supervision. It is a problem of society.”

For the moment difficult to know the extent to which ibuprofen affect the reproductive system of future children. Further studies are required because the experimental context of the latter “may not summarize completely the complexity of the in vivo exposure and development of body”, conclude the researchers.