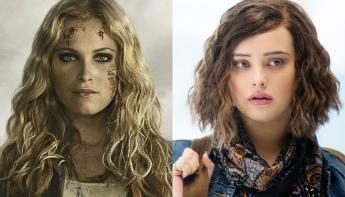 This second week is coming to an end and attention, the matches are very tight. Vote for your favorite series, Pretty Little Liars, Gray’s Anatomy, Arrow and others!

Beware the meltynautes, the second week of competition of the 2017 World Cup will soon come to an end. As of tomorrow evening, the votes will stop and the fate of your favorite series will be sealed. So there is nothing to relax because everything can still be played, and we tell you, the matches are very very tight. The gap can sometimes be counted with a few votes. Some series are really neck and neck, like for example Pretty Little Liars who faces Gray’s Anatomy. This is the most tense game of the week. Which of the two will have a chance to qualify in the quarterfinals? You know, it’s up to you to decide by voting every day HERE or on our Facebook page!

The 2017 World Cup is a fierce competition and many of you are mobilizing to place your favorite series at the top of the podium. However, the matches are very tight and they still need you. If Pretty Little Liars and Gray’s Anatomy are tough to decide, it’s the same for Arrow who is facing Teen Wolf and for 13 Reasons Why and The 100. Legends of Tomorrow and Vikings also have few votes that separate them and everything Still happen. If one series is tops ahead of another, the trend can still be reversed! You have understood, we must continue to vote because tomorrow night it will be too late!