Pretty Little Liars Season 7: Marlene King reveals she had thought of a completely different character to be AD 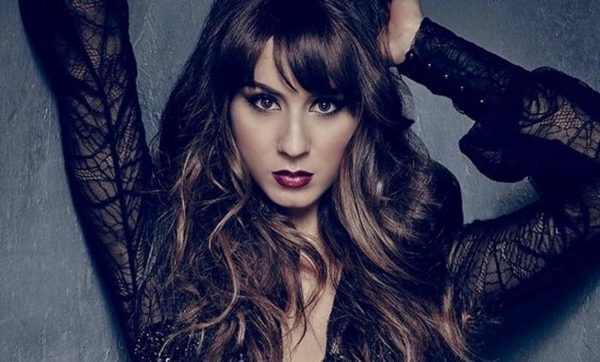 The identity of AD shocked the liars in the Pretty Little Liars Final Series. However, the big bad could have been a quite different character according to the creator of the series!

Pretty Little Liars has broadcast its Series Finale! Episode 20 of Season 7 finally revealed who was AD . The identity of Spencer, Aria, Emily, Hanna and Alison stalker was foreseeable for the fans who had well noted the clues of the contending episodes. However, the liars were obviously shocked to discover that it was Alex Drake … the sister of Cece Drake but above all, Spencer’s twin! That made a shock to Toby’s girlfriend to see that the big bad guy was her spitting portrait. However, the showrunner, Marlene King, recently revealed in an interview with Entertainment Weekly that AD could have been someone else.
Marlene King had actually thought of Wren, the ex-fiancé of Melissa who had had an adventure with Spencer in Pretty Little Liars . “Originally I was thinking of Wren to be AD but we had to be realistic and there were times when we really needed a character that was not regular and we could not show up in the The series is so rooted in its mythology and I always said that you must know the end before knowing the beginning, otherwise it does not make sense So we thought we had to make somebody ‘ One that was a regular character.I know that many fans wanted it to be one of the Pretty Little Liars, But I could not justify that being true because the show was always about their unconditional friendship. That led to the idea of ​​making a binoculars to one of the Pretty Little Liars, it’s like it’s a liar, and ultimately it makes more sense, “she said.
Marlene King then changed his mind and preferred to opt for Spencer’s twin, Alex. ” We had already started the mythology about Peter Hastings sleeping with Jessica and knowing that he had accidentally slept with Mary, it made a lot more sense, even the fact that they had lived together since the pilot and these two families Are so intertwined, it made sense to choose Spencer. “, She explained. Indeed, the Hasting family has always been at the heart of the mystery of Pretty Little Liars . Some fan theories even claimed that Melissa could have been A then AD Si Wren was not the big big bad of season 7 of Pretty Little Liars , Marlene King did not forget it. Melissa’s ex-fiancé had become Alex’s boyfriend and he is the father of the babies of Emily and Alison in Season 7 of Pretty Little Liars . Unfortunately, if he helped his dear and tend to avenge the death of Charlotte, he ended up being transformed into a diamond … Yes, even in Rosewood, everything is a question of karma … or almost!