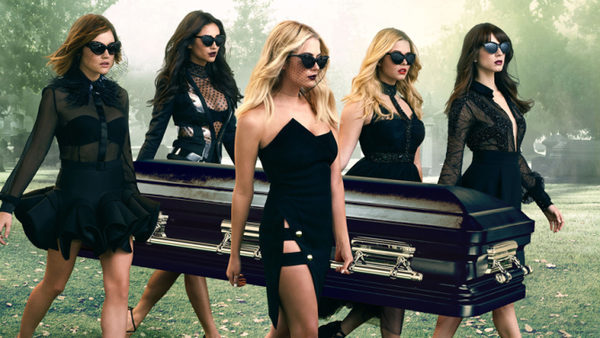 While Pretty Little Liars recently finished on Freeform, Janel Parrish took the time to confide in an interview with the EW!

It is the end ! Yes, the meltynauts, even if it is still hard to believe for all the fans of Rosewood heroines, the series has definitely drawn his bow to Freeform. A disappointment for those who rejoiced to be able to find the Liars every week. While Melty’s editor suggested that a spin-off on a 2.0 generation of Pretty Little Liars would be a very bad idea, Janel Parrish confided in this episode in an interview with EW. And the least we can say is that she loved seeing that Mona had won the game:

“I think it was a perfect end for everyone and especially for Mona. She got her own version of a happy ending: she won the game, she settled in Paris, she has a lover And his dolls and even real dolls under his store. ” But would it leave for a spin-off devoted to the new adventures of Mona? “It would be fantastic, but I must say I do not feel that Mary is locked up, she did not hurt, she tried to help Spencer, and I think Mona should release her and let her I would keep Alex to play my doll. ”

Finally, the young actress came back to the end of the series: “I was so depressed, I watched it live and it was the best end for Pretty Little Liars I cried when I discovered The last scene. “Even though we finished shooting last October, I felt like I was going through the last moments because they were finally broadcast. Something we had created together and it’s beautiful but it’s over for good. ” One thing is certain, Mona could come back on our screens. Meanwhile, vote every day for the World Series Cup.