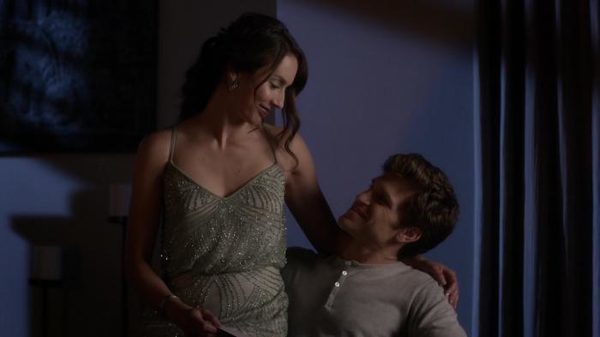 Pretty Little Liars is over, but it does not mean that we hear more about it. Moreover, Marlene King recently returned on the final between Spencer and Toby!

Even though Pretty Little Liars has bowed out, she still makes so much talk about her. This season’s Seventh Series of Pretty Little Liars, which is our criticism, has had very mixed reviews. In fact, many fans had trouble getting over the final between Spencer and Toby. All the couples, Ezria, Haleb or Emison, finished married, engaged and even started to found a family, however, the duo Spoby remained on the reserve. Fans decided to send messages to Marlene King to clarify the matter. The showrunner did not hesitate to answer them and defended this final. Find out more!

If fans were disappointed with the relationship between Spencer and Toby in the Pretty Little Liars Final Series, Marlene King has no regrets and has wanted to explain through her Twitter account: “The moment Toby knew to differentiate the Alex’s real Spencer was romantic, I’m surprised the fans did not understand. ” A fan added that he would have liked to see Toby and Spencer together at the end. The showrunner responded to this: “Given the story, it would have been wrong and it would have been rushed.” Spoby is together, but they need time and a little breath. Spoby, look at the scene where Toby recognized Alex’s Spencer, and I hope that at that moment you will realize the love between them and the epic love present in that moment. Well, that’s an answer. We’re not sure if it’s going to be as good as it gets, but at least she’s taken the trouble to explain her point of view. While waiting for new information, discover the series to watch now that Pretty Little Liars is finished!