Robin Thicke and his ex-wife Paula Patton, in therapy with their son … 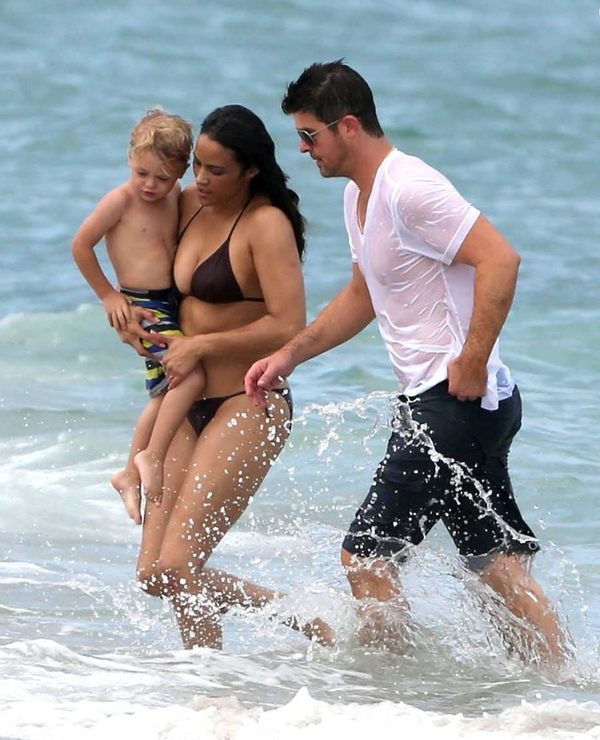 The ex-couple tries to ensure the good balance of the little boy. 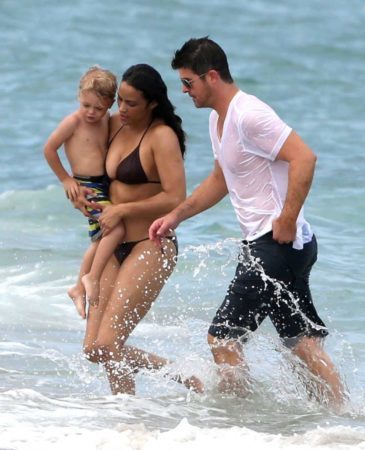 Robin Thicke , accused by his ex-wife Paula Patton have hit their son Julian (6 years), is now within the scope of an investigation of social services. The ex-couple is looking for a solution for guarding the boy and is now following a family therapy …
As reveals the magazine People , the singer and his ex-wife went with the small Julian to a therapist during the weekend of January 14 and 15. ” While Julian is in the custody of his mother [in which a judge, however, refused the request removal it had filed against her ex-husband, Ed] , the two parties work with a professional who provides advice in the best interest of Julian. the family took part in its first consultation together this weekend. Mrs. Patton will continue on this path for the sake of his son , “a source told. A second source said that Robin Thicke had accepted this compromise because he wanted the best for his son.
This story began with statements that Julian made to his school staff, claiming to have been spanked several times by his dad and hit hard on another occasion. As a result, the school contacted Paula Patton, who filed an application for sole custody with the Los Angeles courts and social services. Robin Thicke denied any act of violence but did not deny having spanked Julian.