Same-sex parenting : how to grow up children 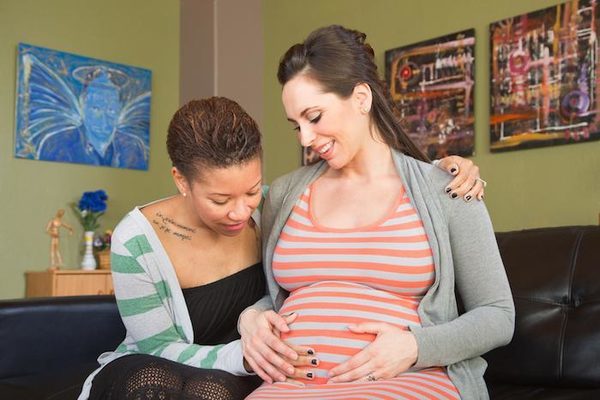 Four years after the opening of marriage and adoption to same-sex couples, gay parenting is still at the heart of the debate. Because questions persist : can it be raised by two men or two women and build “normally” ? The interest of the child is threatened ?
Questions again raised by the opponents of medically assisted procreation (PMA) for all then that the national consultative ethics committee (CCNE) gives its opinion on Tuesday.

Since the 1970s, child psychiatrists, psychologists and psychoanalysts try to answer. Nearly 800 scientific articles have been devoted to it. If it is not to summarize the debate of “for” and “against”, it is clear that studies that are more serious are consistent : children raised in a homoparental family did not exhibit a greater vulnerability.

It appears, indeed, that children raised by gay couples do as well in school as their friends from families with more traditional. They do not suffer more from psychological disorders, or relational. And as to the controversial issue of sexual orientation, the scientific literature does not reveal any differences between the children.

Also, the absence of a mother figure or the father does not seems to, does it not disturb the mental development and social of the children. But it can feed in these children questions about their origin, stress the experts. Questions also present in children raised in a single-parent family or adopted by a single.

In their review of the literature published in 2015, Olivier Vecho and Benedict Schneider, psychologists, child specialists, family and same-sex parenting, were all the same some bias. In particular, they found that lesbian parents or gays were derived from social categories that are most favored. A magnifying effect that is explained by the fact that to realize a PMA abroad, or hire a surrogate mother requires a lot of money. On the side of the adoption, the selection process is very strict.

The two psychologists have also indicated that the size of samples or the recruitment of the families in the study were open to criticism.
But in recent years, the work rigorous multiply, thus allowing a more accurate assessment of the development of children in homoparental. Of the studies that will also be interested in the fate of these children in adolescence, and then adulthood.