Savoie : a little girl of 3 years died infected with the flu 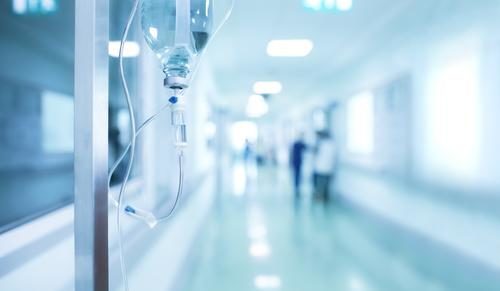 The hospital of Aix-les-Bains has been confronted with a tragedy on the night of Monday to Tuesday. Brought to 3h 20min in the morning by his mother, a little girl of 3 years old in great respiratory distress and neurological could not be resuscitated. Different samples were taken and these have revealed the presence of the virus of influenza A. The exact cause of death is not yet known.

A virus is particularly toxic for children

This year, the flu virus that circulates predominantly is a virus A(H1N1) virus that is fairly new. The young bodies of the children have never been confronted with, and the flu is quite severe.

Last year, 91% of the 14 000 victims of the influenza were older than 75 years. This year, as pointed out by the public Health Agency of France, the young are more affected. The health minister Agnès Buzin has confirmed during a recent press briefing that the flu outbreak also affected children and young people. According to her, the strain of the virus would be little known by their immune system this year, which would suggest that they are more contaminated than in previous years.

The flu is a disease that remains deadly

Each year the flu kills between 3000 and 10 000 people, but in the majority of the frail or sick. Each year, however, children also die. The causes can be multiple : child weakened, virus is particularly toxic as this year, over-reaction of the body to the virus…. No need to flu pandemic to see children and young people die of the flu.

An attack by a virus causes, in effect, the launching into the body of a defense system that is both specific and non-specific : the immune system. Vaccinated or already facing an infection, the body is usually able to eliminate it, which is why we don’t two real flu the same year.

But in some cases, the reaction of the body is excessive : by destroying the virus, the immune system goes too far and destroyed the infected cells, those of the lungs in the case of influenza or another respiratory virus) and it leads to an “acute respiratory distress syndrome”. The ARDS is reflected through lungs flooded with fluid and unable to provide their function of oxygenation of the blood. In the absence of equipment for resuscitation specific to oxygenate the blood to the site of the lung, the patient infected dies of asphyxiation.

The home environment of fragile children should be vaccinated

Parents of children who suffer from chronic diseases, therefore, who have respiratory problems, what we call children, “fragile”, must be vaccinated to not transmit the disease and to vaccinate their little ones. This is theoretically the rule in France.
U.s. pediatricians recommend vaccination against influenza from the age of 6 months, to protect children (the vaccine works less well), but also with the hope of seeing the importance of the disease to decrease over time, as the nurseries and schools are good culture mediums for the spread of epidemic.

It is necessary to vaccinate all the years, waiting for the universal vaccine

Each year, the virus reaching France are either the same as the previous year, the carriers of a certain mutation. This explains that the composition of the vaccine changes a little, but also that each year, the protection is more effective for those who are vaccinating every year. It is without doubt one of the effects of widespread immunization and free among the seniors, who explains that the severe influenza affects adults younger and younger.