Smallpox : researchers synthesize the virus for 100 000 € 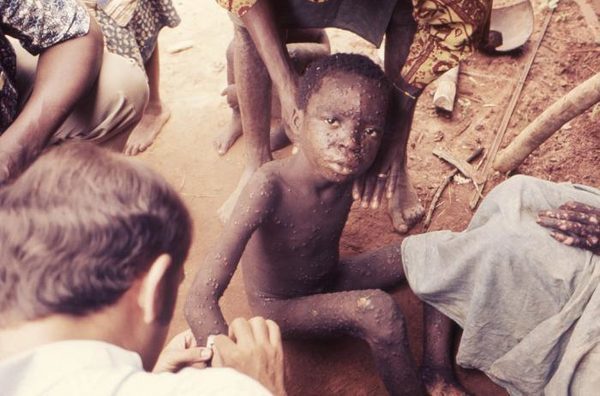 The scientific advance made by a canadian researcher and his team is important. David Evans, professor of virology and immunology at the university of Alberta, Edmonton (Canada), is able to recreate the smallpox virus.

An interesting result is that, even if it is not of the human strain. The researchers have been working on an equine version of the virus, which does not touch the man. But its synthesis raises new concerns about the dangerousness of the virus, and poses the problem of the publication of research that could be used for bioterrorism.

A puzzle of DNA

This is not the first time that a virus is completely synthesized. In 2002, the polio had been recreated from fragments, and introduced into cells, where its replication was started.

But with the smallpox virus, the task is more difficult. Because it is much more complex, but also because its introduction into a cell is not enough for the replication. To achieve this, the canadian researchers have ordered fragments of DNA to a company that sells them.

Thus, they have received the sequences that they were able to assemble them to recreate a virus, which they subsequently introduced into cells already infected by another type of virus of the same family. The replication has started, and they were able to grow, sequence and characterize the virus obtained.

The new could have gone unnoticed, as many scientific advances. But it has raised many concerns, for two reasons. On the one hand, human smallpox, a contagious disease and is fatal in a third of cases, was eradicated from the surface of the globe in 1979. Only two high security laboratories, in the United States and Russia, have kept strains. The fact of being able to re-create recovery and a risk of epidemic.

But the most disturbing raised by these results is, without doubt, the relative ease with which the researchers were able to recreate it. The genetic material has been ordered via the internet for approximately $ 100 000 (88 000), and its synthesis “does not have the required knowledge or exceptional skills in biochemistry’, according to a report from a meeting of the advisory committee on the virus of smallpox to the world Health Organization (WHO). David Evans had in fact discussed his findings with the committee in November 2016.