Space : the body temperature of astronauts increases when they travel 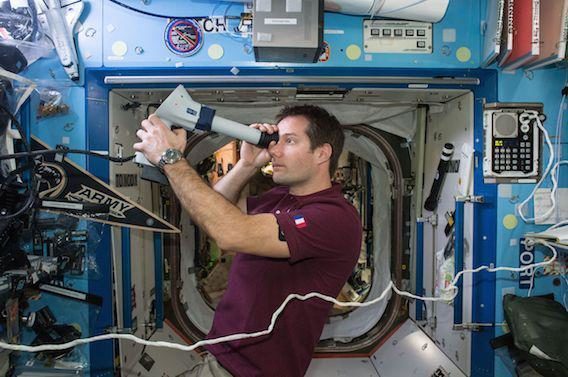 Space travel are fantasizing a large number of us. But the reality is probably much less fun for the astronauts. In effect, the weightlessness that defies all laws of gravity, so the astronauts have to completely change the habits of life of the most common, such as eating, sleep or even move. And according to a recent study published in the journal Scientific Reports, their body temperature would also also modified.

The research was carried out by a team of scientists from the clinical Charity attached to the Universitätsmedizin of Berlin. The authors of the study have developed a device for accurately measuring the body temperature of astronauts when they travel in space. The researchers followed the journey of the astronauts of International Space Station (ISS).” We have developed a new technology that combines a temperature sensor to the skin surface with a sensor of heat flow, capable of measuring changes in even minor of the temperature of the arterial blood “, says Dr. Hanns-Christian Gunga, deputy director of the Institute of physiology in Berlin and lead author of the study.

“Fever of the space”

Scientists have taken the temperature of astronauts before, during and after their stay at the International Space Station. Researchers have observed that the body temperature of the explorers of the space increased by about 1°C under the effect of weightlessness, that is 1 degree warmer than the normal body temperature (37°C). This measure can climb to 40°C (or even more) when the astronauts of physical effort, ” says Dr. Gunga din. The increase occurs approximately after 2 and half months of travel, says the doctor.

This “fever ” space” can be explained by the fact that the evacuation of perspiration (which helps to regulate the temperature of the body) of a human body subjected to the weightlessness is done more slowly than on the Earth. This phenomenon also explains why the thermometer climbs higher after exercises, conclude the authors of the study. “When it is subject to the laws of weightlessness, it is extremely difficult for our body to eliminate the excess heat : the transfer of heat between the body and its environment becomes much more difficult in these conditions,” explains Dr. Gunga din.

However, hyperthermia (increased body temperature) can have a significant impact on performance both physical and cognitive, and can sometimes even be life-threatening, alert the scientists. “We hope that these new discoveries will have a positive impact on the health and well-being of astronauts on future space missions of long duration,” says Dr. Gunga in view of the results. The lead author of the study considers, moreover, that these findings raise questions about the evolution of our body temperature optimal : “Our results provide indications that can help determine how the temperature of our body will continue to adapt to climate change on Earth,” the doctor adds.