Spider-Man Homecoming: An energetic return to the source that honors the hero, our critic! 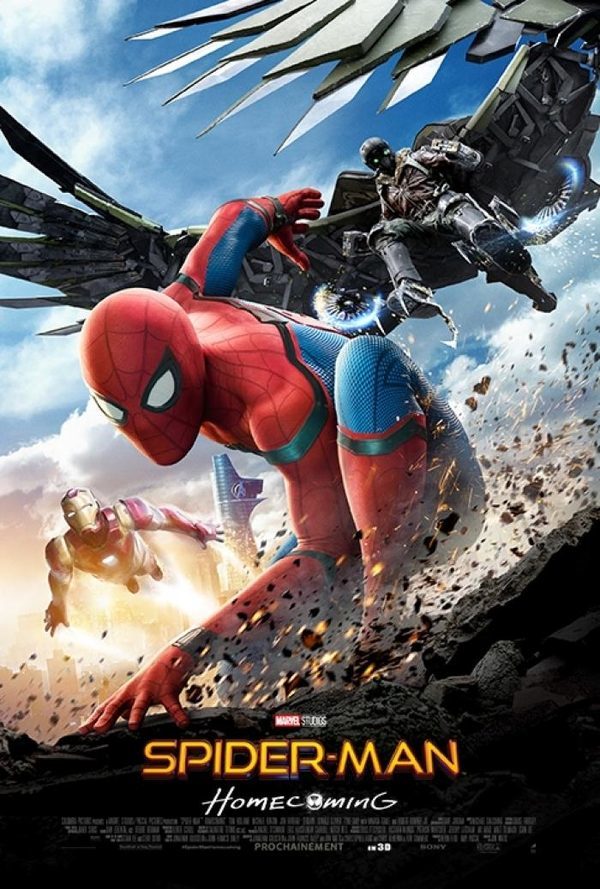 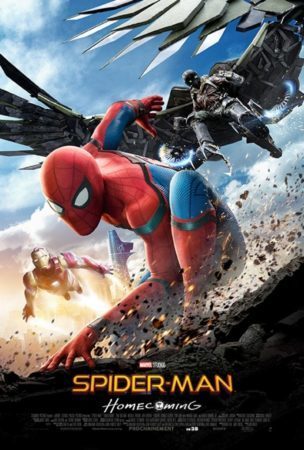 Today comes on our Spider-Man screens: Homecoming, solo film that dedicates the birth of a new Spidey. Does it show up to our expectations and the character?

And of 6! Yes, in 15 years, Spider-Man will have been the hero of six different films, will have undergone 3 reboot and will have been incarnated by three actors. It must be said that the Weaver is one of the favorite superheroes of fans (and even non-fans, that is to say!) Of comics book. So when we learned that Marvel had managed to establish a deal with Sony in order to use the character in his films, it was the whole super-heroic planet who uttered a cry of triumph! Although determined to return to the sources of the character, the studios then announced to want to offer the spectators a more youthful version, more teenage, of Spidey. Closer to them, too. And in the space of a few scenes in Captain America: Civil War, they proved to us not only that their approach to the superhero was clearly the right one, but that the actor’s choice (Tom Holland) seemed to be in step with this vision. So now we have the opportunity to check if we were right to have a good opinion of this new Peter Parker. Because yes, Spider-Man: Homecoming arrives today in our rooms, preceded by rather enthusiastic reviews! So this new movie on Spidey, it is worth what?

Let us begin by recalling the context of the film. After participating in the Battle of the Avengers in Civil War – an experience he experienced with delusional enthusiasm – Peter Parker makes a sudden comeback to reality. Here he is, who must return to high school and work his Spanish quizzes when he only dream of one thing: to join the Avengers definitively. Sure, the life of a teenager is less exciting than that of superheroes! Peter is determined to prove himself and impress Tony Stark (Robert Downey Jr.), even if he is going to spend his evenings in the streets of Queens to help old ladies cross the street. All this under the somewhat exasperated eye of Happy (Jon Favreau), propelled in the role of supervisor / nanny by Tony Stark. Until the day when he discovers a whole chitauri arms trade organized by Adrian Toomes (Michael Keaton), aka the Vulture, and his henchmen. And there, for sure, Spidey thinks he has the perfect opportunity to prove what he’s worth! Finally, if his life as a high school student leaves him time …

As much to prevent you right away, the meltynauts, Spider-Man: Homecoming is not a superhero movie like the others. Already because Tom Holland’s Peter Parker is first and foremost … a real high school student, with his obligatory activities (the party with the most popular girl in the chest), his friends a little too curious (Ned, Best enthusiastic buddy) and all the problems that go with it. Then because he is also the youngest hero of the MCU. And it misses the blow frankly experience! It must be noted that Spider-Man: Homecoming is doing quite well when it comes to balancing these two aspects of Peter’s life! In fact, Jon Watts’ film is more interested in his young main character, his dreams and his disappointments than in pure and hard action. Because our Spidey begins in the profession of superhero and is often particularly awkward. He tries, fails, makes mistakes, falls … and gets up again to better try to reestablish the situation. In the end, before being a superhero, this young Peter Parker is first a teenager. It is difficult not to be attached to this character, full of goodwill and enthusiasm, who tries to be both a good nephew, a good friend, a good student and an accessible superhero (a whole program !).

Especially that the character is served by the interpretation to the hair of Tom Holland! A real little ball of energy but also of humor and kindness, his Spider-Man is as funny as it is touching, that he plays the sympathetic neighborhood heroes or that he indulges in real moments of bravery (cf. Famous scene of the ferry!). But Spider-Man: Homecoming can also count on absolutely tasty second roles, such as Ned (Jacob Batalon), Peter’s best friend, that we saw in several extracts from Spider-Man: Homecoming, or Tante May Marisa Tomei), energetic character far, far away, from the old lady to which other films have accustomed us. Special mention also to Zendaya, perfect in the role of a Michelle with sharp and sarcastic tongue, who likes to put Peter and Ned in their place!
And then, we can not evoke the secondary characters without mentioning Adrian Toomes and Tony Stark. If, at first glance, the Vulture might have seemed an unlikely opponent, Michael Keaton’s performance makes him a villain far more menacing than one might have thought! Whereas the villains of the solo films Marvel sneak a little by their inconsistency (who remembers Malekith?), Adrian Toomes, sort of monsieur-all-the-world become criminal by the force of circumstances, pulls out of the game. So it does not spend more time on the screen! As for those who feared that Tony Stark would take the spotlight at Spidey, they will be reassured. His appearances, reduced to the minimum, allow above all to build a sort of filial relationship, sometimes conflicting, between him and Peter Parker which only portends good for the sequel!

Stuffed with humor, skilfully mixing the genre of the superhero film with that of high school comedy and with a hero a bit nerd on the edges to which one can identify and whose evolution it explores through a narration Solid, Spider-Man: Homecoming brings a welcome wind of freshness within the MCU. Certainly, some may regret not seeing the Weaver swing from one building to another and demonstrate his incredible powers. But it is because in fact the interest of the film is elsewhere. And following the adventures of Peter Parker, even if he does not need to save the world, turns out to be fun as exciting, reminding us of the beautiful days of a certain Iron Man. In the end, Spider-Man: Homecoming, with its enthusiastic and energetic protagonists, is shedding a potato potato. And will give you confidence in the character of Peter Parker!